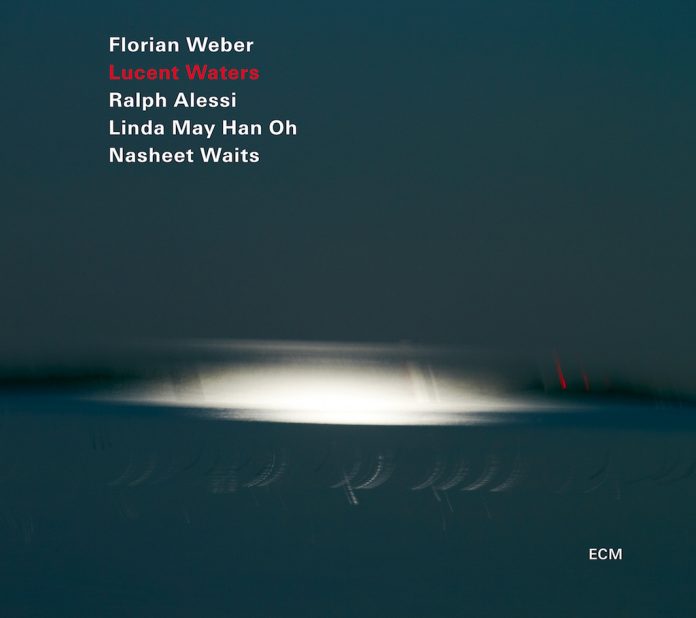 German pianist Florian Weber first grabbed my attention in 2011 when I was fortunate enough to catch his trio Minsarah at an impromptu gig with Tomasz Stanko. Leaving a strong impression that remains sharply etched in my mind, it was one of those perfect nights. A playful improviser who instinctively balanced form, freedom and technical virtuosity, Weber’s approach brought out the best in Stanko.

The classically trained son of a music professor and opera singer, Weber’s ambitions pivoted in 1999 with the award of a scholarship to Berklee. Later becoming a pupil of Paul Bley, John Taylor and Lee Konitz (with whom Minsarah recorded three albums), his still modest discography seems unbefitting of such a talent. An introspective 2016 ECM debut (Alba) with Markus Stockhausen was a quiet success, but this more expansive set, with its eye-catching roster of international A-listers, should finally elevate Weber’s profile to more becoming heights.

It was recorded in September 2017 at the residential studio complex in southern France that is rapidly becoming an ECM location of choice. The quartet’s instrumentation mirrors that of the gig with Stanko. Yet Weber’s approach is more self-restrained, and only “Time Horizon” takes us anywhere near the free-wheeling excitement of Minsarah. For the most part Lucent Waters is a quietly voiced and impressionistic masterclass, and “Brilliant Waters” evokes the type of serene watery retreat that may at one time have inspired Monet’s Nymphée.

“Melody of the Waterfall”, more animated but no less brief, frames Waits and Oh’s playful rubato interactions, and Alessi finally makes his entry on “From Cousteau’s Point of View”. It bears no obvious relation to Esbjörn Svensson’s use of a similar conceit to describe Gagarin’s aerial vista but the crystalline clarity of Stanko’s last great Polish quartet with Marcin Wasilewski comes readily to mind.

“Honestlee”, a three-way conversation with Waits and Oh, pays due homage to Mr Konitz, before Alessi returns for the hauntingly Wheeleresque “Butterfly Effect”, a moment of calm reflection before the seat-of-the-pants excitement of the aforementioned “Time Horizon”. “Fragile Cocoon” and “Schlimmelreiter” return the music to earth, restoring the prevailing mood of contemplative calm and drawing this intriguing and multi-layered set to its satisfying conclusion.

While there may be nothing particularly groundbreaking here, musicianship of such rarefied and uncommon quality is reward enough.