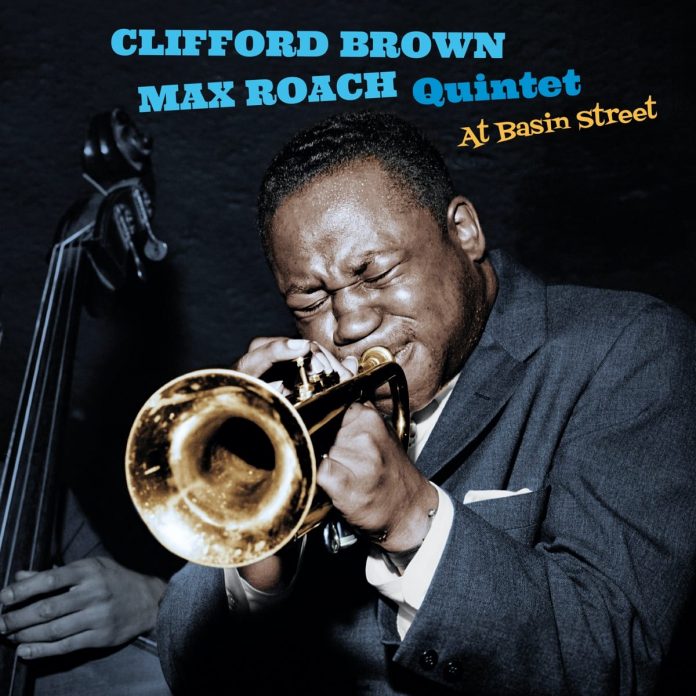 This is wonderful music from five musicians that were playing at the peak of their careers, taking the bebop of the preceding years to new heights. It was to become known as “hard bop” and rightly so, on account of its forthright and hard-edged immediacy. Here, the interaction between Clifford Brown and Sonny Rollins set the bar high for subsequent players and the rhythm section, led by Max Roach, propels the band through each number with energy and vigour.

The arrangements of the standards are interesting, especially on the lead-ins on What Is This Thing Called Love, Love Is A Many Splendored Thing, I’ll Remember April and I Feel A Song Coming On, but then the melodies are simply used as a platform for each to launch their solos, which they do in direct and exciting fashion. The band’s subtle and more sensitive side is shown on Tadd Dameron’s The Scene Is Clean and on Richie Powell’s attractive ballad Time.

Although not a live recording, it was named after the band’s long and successful engagement at the Basin Street Club in New York. Tragically Brown and Powell were to die in a car crash a few months later.

The final track, I Feel A Song Coming On, is taken from Rollins Plus Four (Prestige 7038) which was also on 3 Giants (Prestige 7291). Whilst this is the same group, it seems another example of a random selection leaving you to wonder why they didn’t include Step Lightly or Flossie Lou, from the earlier sessions. A bonus track? Well, not really, if you have the Rollins album. It’s more comprehensively issued on a 2CD set on Essential Jazz Classics (EJC55692) which has alternate takes, the complete Rollins Plus Four and a couple of tracks with Harold Land. The choice, I suppose, is whether you want vinyl or not, the sound of which on this is terrific. Whichever, this is essential listening.

Derek Ansell - 02 February 2022
The band consists of five Danish musicians educated at the Funen Music Conservatory and it was planned and rehearsed during a lockdown period in 2020. The music is basically...