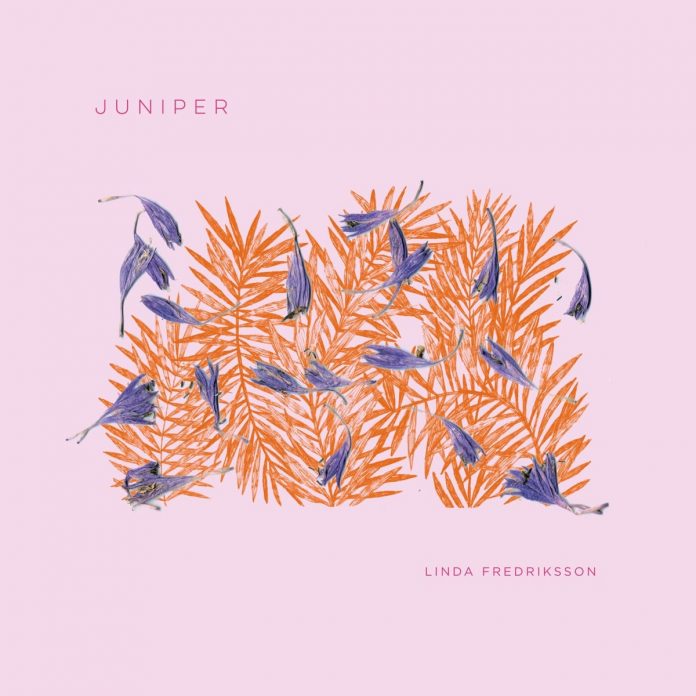 I’m a sucker for a good paradox, so when the press notes for Juniper described it as “a singer-songwriter’s album played by an instrumental jazz band” I was ready to pay attention. Of course it helped that the album happened to be the full debut of saxophonist Linda Fredriksson, whose work with Olavi Louhivuori’s quartet Superposition and eclectic power trio Mopo was already within my orbit, but after playing the album several times the characterisation began to make sense.

Composed over the course of several years and crystallised during lockdown, Juniper often resembles an audio-visual journey through a series of interconnected rooms. Melodies are instantly hummable, and Fredriksson’s expressive bass clarinet and alto and baritone saxes are always centre stage. Rather refreshingly there is little attempt to dazzle with untamed virtuosity, and by combining texturally layered field recordings, analogue keyboards, guitar and voice with remotely recorded contributions from a cast of familiar guests, Fredriksson manages to imbue each piece with its own distinct atmosphere.

Neon Light captures that familiar feeling when skies darken and a storm washes over the city. Downcast alto traces a long and graceful melodic arc before the track dissipates in a haze of multiphonics, and headphone listeners will hear the sound of falling rain recorded outside the saxophonist’s Helsinki studio. The title track’s ritualistic beats and floating theme momentarily recall the late Jon Hassell, before a burst of raucous baritone quickly returns the music back to earth.

Nana-Tepalle, dedicated to Fredriksson’s departed grandmother, moves through the full gamut of emotion, and Matti Bye’s Satie-esque piano is a near perfect coda. The rustic airs of Pinetree Song, introspective and longing, feature Fredriksson’s battered old acoustic guitar, while the intro to the shape-shifting Transit wallows in sheer melodic bliss. The elegiac Lempilauluni (“My Loved Song”) is carried by Fredriksson’s (wordless) voice, and the closing Clea seems to miraculously condense the scale and grandeur of Jarrett’s Arbour Zena into a mere six minutes.

Just like the best singer-songwriter albums Juniper offers a privileged window to a fertile creative mind, and as debut albums go it is uncommonly good.

Ian Lomax - 22 October 2019
Blind Lemon Pledge is the stage name of American musician James Byfield, who has neatly combined a number of genres - blues, folk, the Great American Songbook - into...