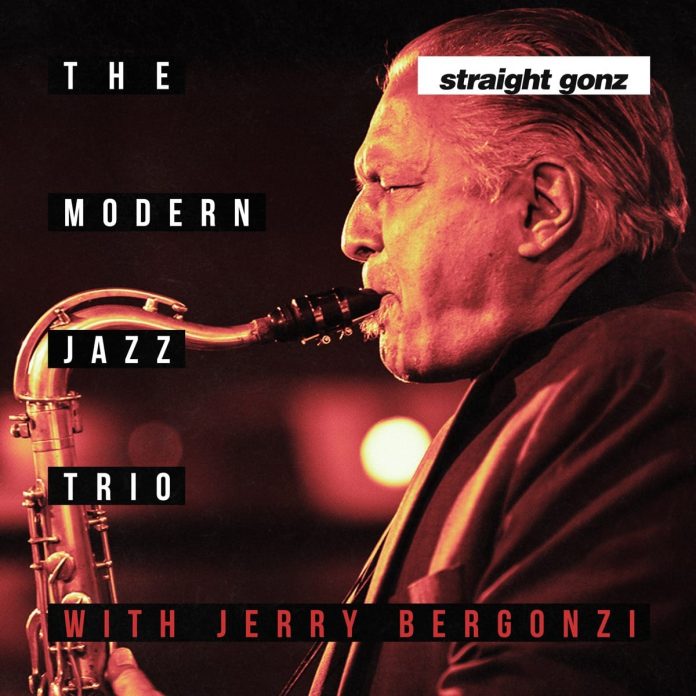 They don’t make headlines in the Wire nor wear colourful kaftans in public parks. But nobody beats the veteran interpreters of John Coltrane. England cherishes Alan Skidmore while the Dutch appreciate the efforts of Ben van den Dungen.

By no means rigid hardliners, they share with American tenor saxophonist Jerry Bergonzi an unbridled passion for Coltrane’s far-reaching dance and, to be sure, back it up with uncommon chops. When God handed out chops, He chopped them up in bits, distributed the bigger parts to Bergonzi and subsequently nicknamed his “Gonz”.

His decade-long stint with Dave Brubeck, the high-profile start to his career that led to acclaimed releases on SteepleChase, Savant and Double Time, did nothing to diminish his development as a highly original extension of the Coltrane aesthetic in his US homeland. At the same time, Bergonzi frequently cooperated with Europe’s finest, notably Alex Riel and George Gruntz. His long-standing association with pianist Carl Winther, bassist Johnny Åman and drummer Anders Mogensen, known as The Modern Jazz Trio, has so far resulted in six albums, among those Standard Gonz. The latest is Straight Gonz, recorded live at Dexter Jazz Club in Odense, Denmark.

As a notable writer of more than two hundred tunes, Bergonzi is spoilt for choice. The concise and sultry I See You and Don’t Look Back are not his most impressive melodies but Bergonzi treats them with controlled power. On the other hand, he takes his time developing the architecture of Ayaz, a modal burner in the spirit of the Coltrane quartet on Impulse. All the same, Bergonzi rips and roars through it like a leopard through a herd of antelopes. If this is Straight Gonz, what in the world would Avant Gonz sound like?

Ayaz is the most spirited effort as well from The Modern Jazz Trio, notably Carl Winther, who is the perfect McCoy to Bergonzi’s Trane. The flexibility of the trio keeps the lengthy warhorses of Body And Soul and All Of You interesting.

For all his bossy tenor playing, there’s no mistaking that Bergonzi is a refined and graceful saxophonist. The extended coda of Body And Soul is a masterclass not only of timing but soulfulness as well. There seems to be no stopping the 73-year old heavyweight of the tenor saxophone.

Jazz Journal - 30 April 2021
Dave Weckl is the latest member of Chick Corea's Elektric Band to produce his own showcase album on GRP. It follows a pre­dictable formula, juxtaposing model renditions of funk...