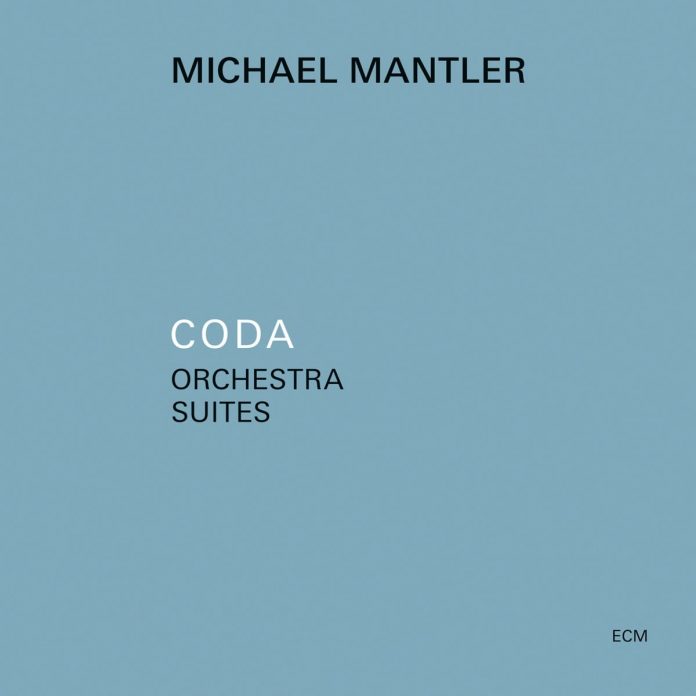 Trumpeter and composer Michael Mantler, born 1943 in Vienna, moved to America in 1962 to study at Berklee. He then moved to New York, where he worked with Cecil Taylor and co-founded the Jazz Composer’s Guild. His Jazz Composer’s Orchestra recorded its celebrated eponymous album in 1968, and Mantler played trumpet on Carla Bley’s Escalator Over The Hill.

In his notes for this recording, Mantler explains that reworking earlier compositions has long been an essential part of his approach. Thus the Jazz Composer’s Orchestra Update, issued in 2014, reshaped material from his classic 1960s album, while Coda rearranges music from several phases of his career into musical suites, again conducted by Christoph Cech.

In contrast to the augmented jazz ensemble on the Jazz Composers Orchestra Update, the new album features a chamber orchestra with mainly classical players, though jazz soloists include pianist David Helbock, guitarist Bjarne Roupé, and Mantler on trumpet. The album features Mantler compositions from 1975 to 2010.

The results have had considerable critical acclaim, for instance in a long review by Jason Cowley in the current issue of The Wire. Solos are mainly by Bjorn Roupé and Mantler himself, and they’re excellent. So it’s hard to say why, for this writer, the results seem underwhelming.

Maybe it’s the preponderance of classical players unused to playing with a jazz freedom. For whatever reason, the music is finely crafted but strangely unmoving. Coda seems an apt title – the album comes across as a relatively brief closing statement, that summarises an impressive career but without suggesting that the composer has anything new to say.

Best for listeners to return to Mantler’s earlier work directly, rather than in this mediated form, I’d say.

Peter Gamble - 04 December 2020
There is an awful howler on the front cover of this Retrospective compilation indicating that these two CDs contain Morton’s “51 finest 1923-1953”, an impossible claim, since he died...