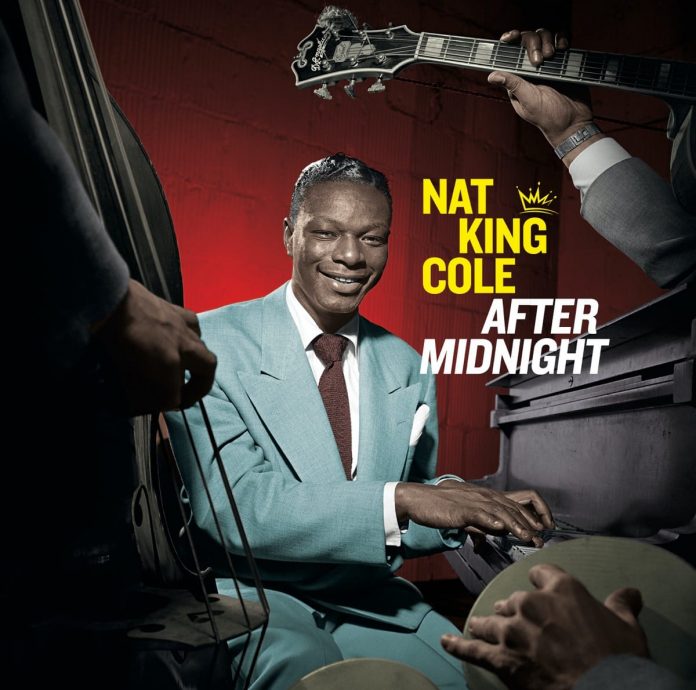 Nat Cole was one of the bravest men. I’ve never been able to forget that when he moved into an all-white neighbourhood of Los Angeles the residents inflicted all manner of horrors upon his family, including the slaughter of its pet dog.

There’s been no general acceptance of Nat and Sinatra as jazz singers. Of course they were, and in addition Cole was one of the finest jazz pianists.

These much-reissued sessions have only been issued in toto once, on the 18-CD Mosaic album by Cole’s trio on MD 18-138. They came as a jazz oasis in the middle of Nat’s successful era as a “commercial” singer and the dozen of them that open the album must have been huge sellers for Capitol.

The rhythm made up Nat’s regular trio of the time plus drummer Lee Young. The four guest soloists each provide contrasting approaches to their roles, with Edison and Stuff Smith most effective. The presence of Juan Tizol has been criticised, but he has well-chosen numbers and the valve trombone fits in perfectly. The other nine tracks are simply superb and while Sweets and Willie had well-known recording careers, the lesser-known Stuff tracks make a monument suffused with irresistible humour.

It’s irritating to note the odd tracks missing, but there’s compensation in the second dozen which are from Nat’s exceptional combination with Billy May’s studio big bands. These are classics of their genre.

Nic Jones - 14 August 2019
I’d previously only come across Bohanon’s work with a Chico Hamilton quintet that came as close as that drummer-leader ever got to hard bop, at least on record. Bohanon...

Jazz Journal - 27 November 2020
The Melody Maker provided an interesting forum in recent issues for complaints and refutations about the Jazz Centre Society, the non-profit making organisation meagrely sub­sidised by the Arts Council...