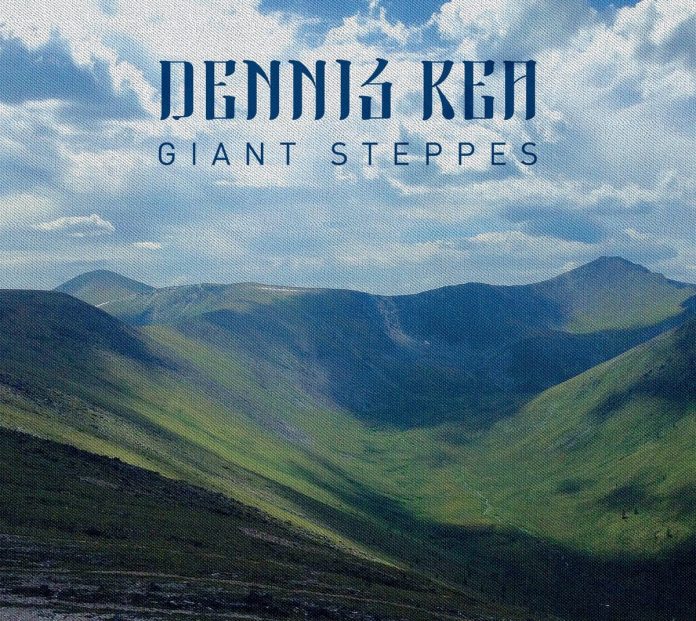 It’s reading that Dennis Rea based a piece on handwritten cassettes from Tibetan singer Jampa Sering, brought home by his wife Anne Joiner from Lhasa in 1989 that made me realise the Seattle-based guitarist goes to lengths to perfect his genre-defying music.

Since his association with the proto-ambient Earthstar in the late 1970s, Rea has increasingly combined musical styles from all over the world. His latest, Giant Steppes, sequel to 2010’s Views From Chicheng Precipice, is a curiously enchanting reflection of his fascination with the culture of Central Asia. To make matters more comprehensive, Rea also published the accompanying literary travelogue Tuvan And Busted.

The catchy and amusing title (I take full responsibility for contender Asiatic Reas) offers an intriguing nod to John Coltrane, whose fervent explorations of Eastern music decisively helped spur the world music movement. But most of all, it reflects Rea’s loving evocation of the vast and gritty landscape of Central Asia. Based on extended travels, Rea covers the cultures of Tuva in Siberia and the Uygur and Tibetan traditions in the China region. Considering China’s harsh oppression of its people, Rea’s portrayal of Uygur and Tibetan societies take on additional poignant meaning.

Rea’s multi-faceted sound spectrum includes mellotron and organ guitar, didgeridoo, dungchen horn, field recordings and various singers. Regardless, Giant Steppes is entirely free of bombast. Although the modes and drones of Live At Gaochang (Uygur Suite) failed to hold my attention for very long, it should be said that Dick Valentine’s sopranino saxophone figures work up a storm and Stewart Dempster’s gritty didgeridoo drone ends the 16 minute-long piece on a haunting note, perfecting a slowly fading, beastly breath.

Now and then, Rea’s band shakes me up rather violently. While the groove of Wind Of The World’s Nest combines Jethro Tull with Black Sabbath, the blazing solo by Rea merits comparison with Wilco’s Nels Cline. Lest we forget, it’s Tuvan in spirit, not least because of singer Albert Kuvezin, who professes affection for his country with his deep and commanding throat voice. The Fellowship Of Tsering alternates between Tibetan dance music and trance, integrating the aforementioned traditional music by Jampa Sering and reaching its haunting zenith in the interlude of hoof trampling, creaking of carriage wheels and what sounds like dust storms in the eternal process of eroding rock formations.

Impressive and dynamic walls of sound from singer Juliana Svetlichnaia and her PAVA choir evoke the Central Russian region of Altai Krai with Altai By And By. The midway conversation between PAVA’s wails and jeering and Rea’s chiseled and carved lines, a daring game of improv and provocative silence, is the spellbinding highlight of Rea’s sincere and original hybrid of East and West.

Simon Adams - 25 April 2019
Alongside his work in support of his childhood friend, trumpeter and ECM label-mate Avishai Cohen, pianist Yonathan Avishai has for the past five years led his own Modern Times...