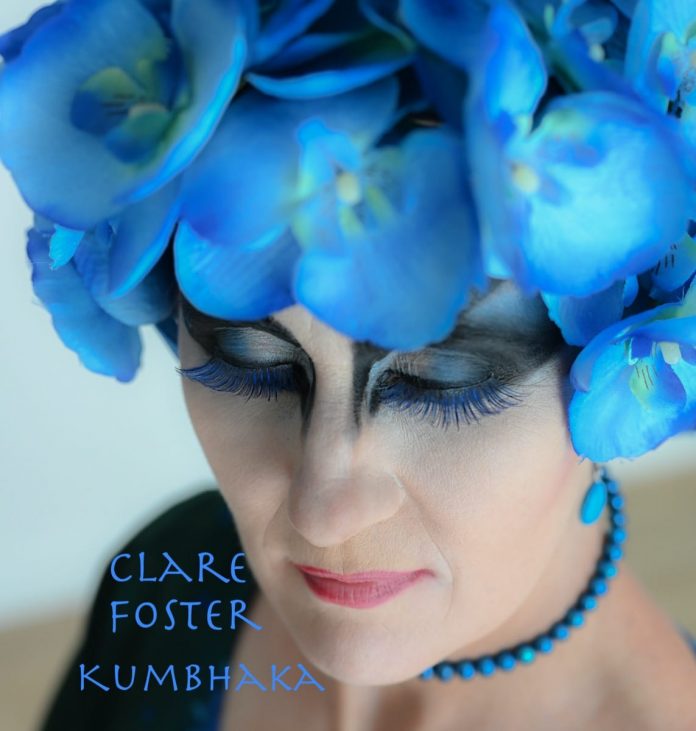 Interested in jazz from very early childhood, as she entered her teenage years UK singer Clare Foster studied clarinet and voice (and acting). After a brief spell in New York and a one year Jazz Diploma Course at London’s Guildhall School of Music, she moved to The Netherlands where she worked for about five years, including making her album debut. This was Clare Foster Sings Wayne Shorter (Groove) on which she sings her own lyrics to Shorter’s compositions.

She also worked again in the USA and in Canada, but from 2000 onwards has been based in London working there and also touring extensively throughout Europe and Scandinavia.

Foster’s repertoire ranges through many forms of jazz as well as the music of Brazil and she has regularly led a Brazilian band, Claridade. Although some of the songs included here come from stage and screen musicals and classic pop, their treatment hews to a Braziliana theme with all being performed in one or another of many Latin dance tempi. English-language lyrics for two of the songs, Baião and Quem Canta, are by Foster and she is sole composer of the closing track.

The instrumentation of the accompanying group is eclectic and provides an intriguing background to Foster’s singing. Her vocal sound is strong, confident and rhythmically attuned to the material. The album takes its title from the hatha yoga practice of pranayama, a breathing exercise, yoga being among Foster’s many interests.

Bruce Crowther - 31 December 2020
Although a familiar voice on New York’s jazz and cabaret scene, Suzanna Ross is not well known internationally. With Bewitched, her debut album, she seeks to expand her audience...