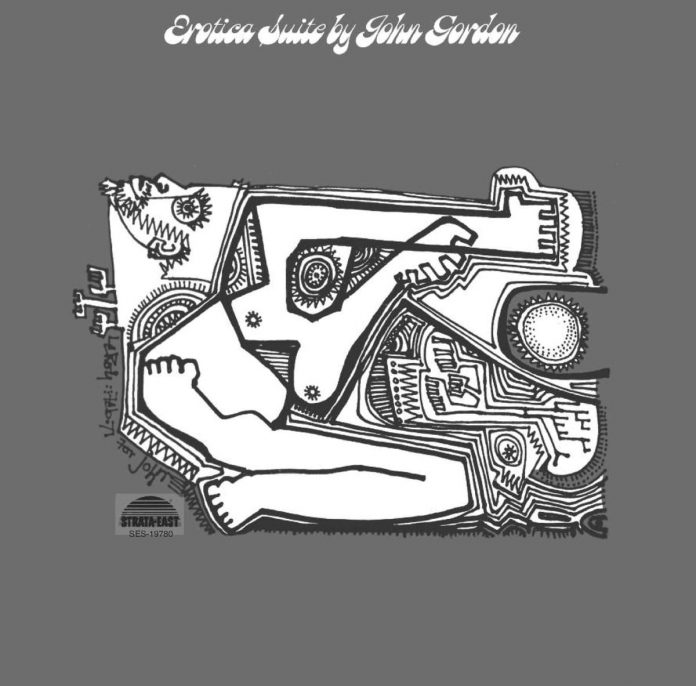 Gordon’s sextet plays in a sort of bop with bounce style on these selections. By 1976 fusion and rock jazz was all the rage so this must have sounded like a throwback to earlier styles. The only concession to the times it was recorded in is the occasional use of a synthesizer.

The first side of the LP presents the suite in four movements. Desire is a lively track, with Gordon playing uptempo trombone solos with great facility. He is adept as short, staccato phrases at lightning speed as he demonstrates effectively on two pieces. Fulfilment is a jaunty song, appropriate, I suppose, given the subject matter of the suite. The third movement, Aftermath, is suitably slow and melancholy, featuring just a solemn muted trombone solo. Consequences is slow at first but perks up, suggesting a different mood. Maybe the participants enjoyed themselves after all.

The music is well played with some good ensemble blowing. Gordon and veteran alto man Spaulding are the most impressive soloists throughout, the latter getting a good workout on flute on Nelch. The rhythm section works well together although bassist Atkinson is over amplified throughout which does rather detract from the natural sound of his instrument.

There is little to indicate why the music received the title it did apart from the cover picture, which looks like a machine of some sort, enclosing naked arms and legs. It is an unusual record for its time but actually sounds more in keeping with jazz of today than of the 70s.

François van de Linde - 13 August 2019
In recent years, Blue Note has been repressing its catalogue to much acclaim. ECM has followed suit in 2017 and 2019, 50 years after the founding of the influential,...