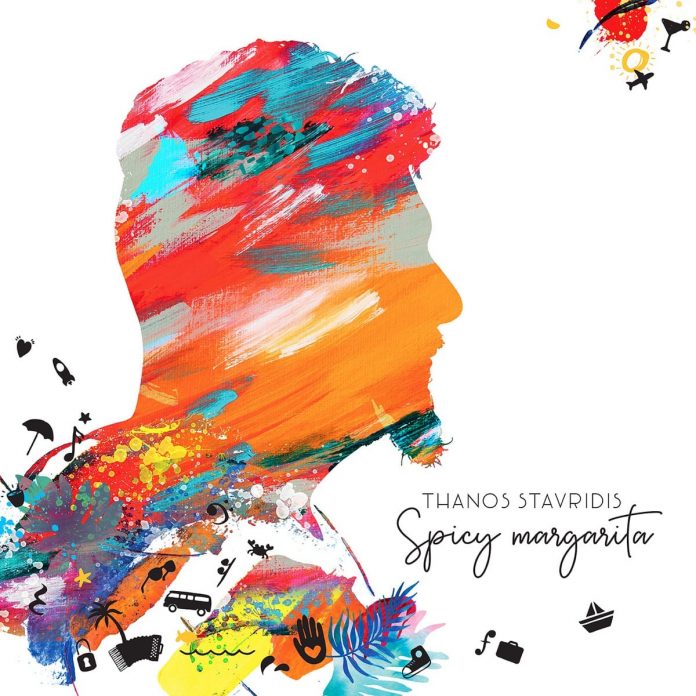 A blend of accordion and traditional jazz instruments makes for a surprisingly beautiful combination in Greek accordion player and composer Thanos Stavridis’s new album. It’s upbeat and exciting, joyful and compelling. It was born during lockdown and it’s exactly what we need.

Stavridis has a degree in harmony, counterpoint and fugue as well as in ethnomusicology and you can hear his musical proficiency because attractive harmony underpins this album. It brings together music from a variety of places – Balkan, jazz, Latin and classical music are what inspired this skilful musician.

Spicy Margarita also makes Stavridis’s Greek roots heard, giving those of us who wouldn’t search for it ourselves a chance to enjoy what it can bring. It seems the sharing of Greek music is a motivation for him – he gives seminars and masterclasses abroad, teaching traditional Greek music.

The first track, Wondering, is a highlight as it lures you into this Greek world. You can picture the sun shining over a Greek island as strings soar over the accordion. Havana Nights, the most listened-to track of the album on Spotify, begins with a piano solo and picks up momentum, combining a classic jazz sound with a Balkan sound – and it works.

This is the second of Stavridis’s personal albums. He released A Suitcase Full of Dreams in 2016 which was listed in the top 10 best ethnic music albums by Barcelona radio station Les Rutes Del So. I never thought I’d be a fan of accordion music, but I am now a fan of Thanos Stavridis.

Leon Nock - 18 July 2021
These early Bennett albums are presented in chronological order covering 1954 to 1959 and provide 51 tracks, all but a half dozen familiar to anyone who was listening seriously...