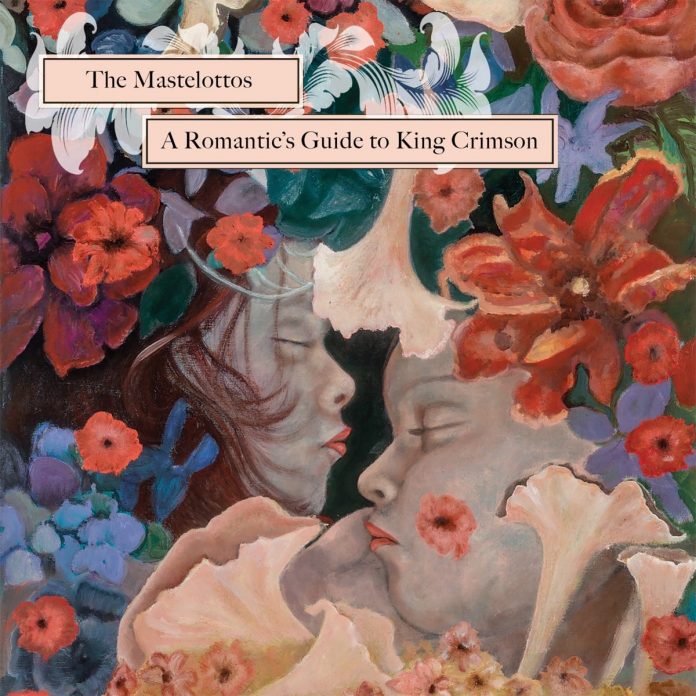 The covering of the King Crimson canon is not a new phenomenon. Adrian Belew recorded several Crimson tracks over his many solo albums. 21st Century Schizoid Band made it the primary raison d’etre of their existence to cover KC songs specifically from that band’s first four albums. The Delta Saxophone Quartet, with guest Gwilym Simcock, recorded an intriguing jazz album of King Crimson covers on Crimson! (Basho, 2016).

But largely due to the idiosyncratic nature of Crimson tunes, these covers are not plentiful. Another reason for their paucity is that progressive music is largely, but not exclusively, a male domain (and thereby a bit “niche”). Indeed to paraphrase a standing joke in the King Crimson entourage, there is never a queue for the ladies’ lavatories at a Crimson gig. However, A Romantic’s Guide To King Crimson leavens a considerable amount of angularity on these 12 Crimson numbers, spanning the years 1969 to 1995.

The Matelottos comprise Pat, drummer with Crimson from 1995 to the present day and his wife Deborah. They are accompanied over the dozen tracks presented here by a varying permutation of over 20 additional musicians. Unlike her husband who has played rock drums with a variety of bands including Stick Men, Mr Mister and XTC, Deborah Mastelotto is not as recorded as her spouse. But she acquits herself on this recording very well indeed with her attractively winsome vocals. At times her renditions are reminiscent of Annette Peacock, who, coincidentally, recorded with ex-Crimson drummer Bill Bruford. Her delivery is sometimes spoken but more often sung and imbued with spine-tingling emotion. Considering her job is to interpret songs made famous by the likes of prog-rock gods John Wetton and stunt guitarist and vocalist Belew, she does an excellent job of making the tunes her own.

The elaborately arranged tracks often are possessed of an ethereal quality, two such examples being Matte Kudesai from Discipline, (EG, 1981) and Moonchild from In The Court Of The Crimson King (Island, 1969), but there are plenty more examples of this sensibility. Others, such as Book Of Saturday, from Lark’s Tongues In Aspic (Island, 1973) demonstrate how the reworking of Wetton’s vocal is stunningly effective. There are also moments of instrumental elegance as heard, for example, on Mike McGarry’s flugel solo on Two Hands from Beat (EG, 1982). Whilst the ostensible marketing of this album is to render King Crimson compositions more romantically accessible (it was released on 14 February and check out Ana Fuentes cover art, unashamedly channelling the love-struck Pre-Raphaelites) it actually offers some gorgeously deconstructed and reimagined versions of these terrific numbers.

Bruce Crowther - 08 March 2019
This is the debut album of the highly talented tenor saxophonist Helena Kay. After studies at the Guildhall School of Music she has appeared at clubs and festivals, particularly...