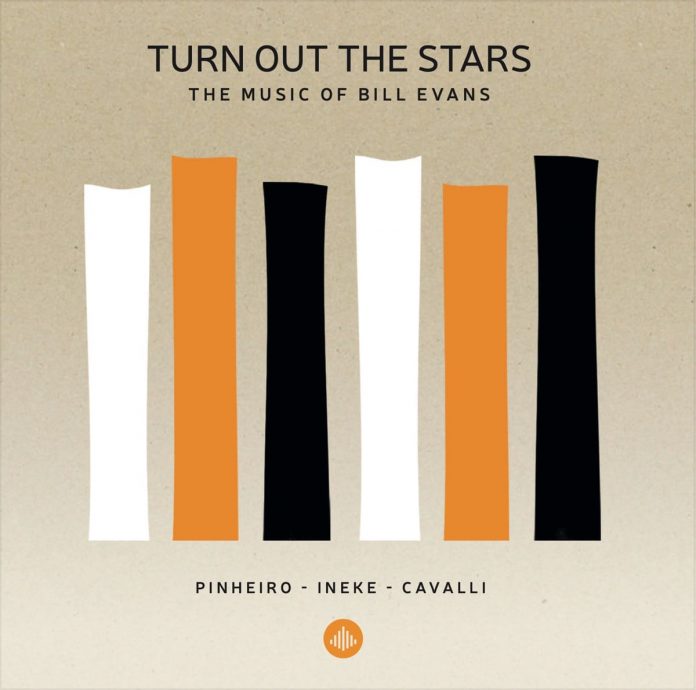 From a jazz guitar point of view, Ricardo Pinheiro has solidly put Portugal on the map. Both a keen interpreter of standards and producer of the serene soundscapes of his Caruma album, Pinheiro commands attention with a spacious sound and angular yet lyrical style. In 2016, he formed a group with veteran Dutch drummer Eric Ineke and the Italian bassist Massimo Cavalli. The trio cooperated on Dave Liebman’s Is Seeing Believing? and released its debut record Triplicity in 2019.

Turn Out The Stars, dedicated to the work of piano giant Bill Evans, is a new chapter in Pinheiro, Ineke and Cavalli’s intriguing story and a successful adaptation of Evans’ delicate piano miniatures to the aesthetic of the electric guitar.

The title of Interplay couldn’t be more appropriate. This rendition is a fine example of the group’s detailed interweaving of melodic ideas and furthermore reveals Pinheiro’s sleazy, blues-drenched note-bending. Pinheiro is convincing without superfluous exclamation marks and with a bountiful calmness of line.

Pure invention marks Leonard Bernstein’s Some Other Time and the medley of Turn Out The Stars/Time Remembered. Pinheiro’s subdued use of echo, tone and volume control plays off the increasingly intense free forms of Ineke and Cavalli. Time goes back to the future in a hallucinating effort that adds music to the concepts of Philip K. Dick. Androids dream of electric sheep. Pink beams of light mesmerize the inmates of the Alpha Moon asylum. God hides in the fiber optic cable. What is real?

Tough nut to crack, but it is an undeniable fact that few groups to date have interpreted Bill Evans with such originality.

Dave Jones - 25 April 2019
This is the debut album from Tandy, who seems to have already had a great deal of attention in the jazz media. Broadly speaking, she shares herself between acoustic...