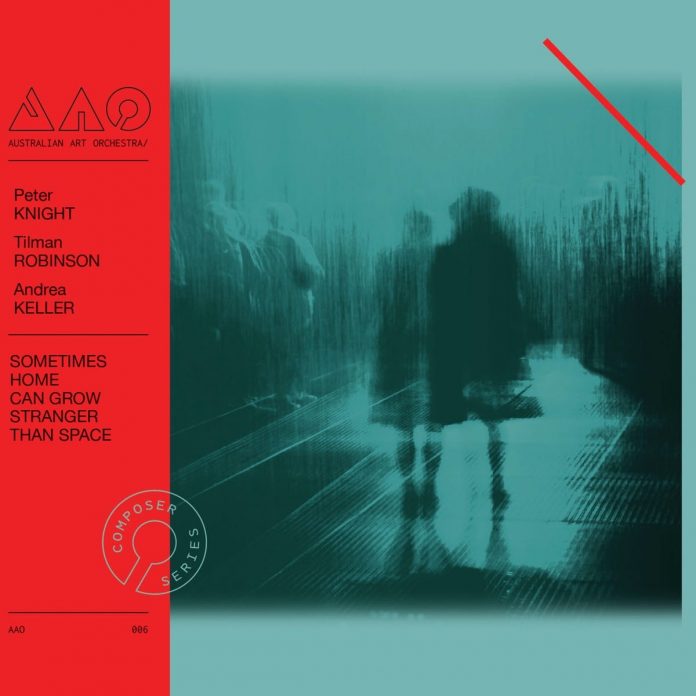 The Australian Art Orchestra’s latest project is inspired by the First World War and the impact it had on the people of Australia. The album comprises the work of three composers, each being one of the musicians in the ensemble.

The three pieces have a few brief paragraphs in the liner notes, explaining the composer’s specific motivation and to whom it is dedicated. The first, Sharp Folds, is written by bandleader Peter Knight, and is a dark, surging piece, inspired by Knight’s imagining of the grief of soldiers’ families.

Part 1 evolves from a pulsing piano chord with distant electronic feedback and noise which eventually drops away to allow the horn and string section a brief interlude. The strings re-emerge and the pulsing motif is recapitulated before the drums are introduced and the track proceeds in a more familiar jazz style. The entire piece is unified by Georgie Darvidis’s soft, repetitive vocal, a series of single words and a final repeated phrase. Sharp Folds Part 2 is more open in nature, instead based on the slow build from piano and electronics to chaotic drum patterns and horn section improvisation, again infused with Davardis’s haunting vocals.

The second piece on the album is the three-part I Was Only A child, composed by Tilman Robinson. It opens with an audio sample of a veteran discussing the age at which he enlisted, the ensemble harmonising selected parts of the sample which are then repeated. The effect is quite profound, highlighting the shocking nature of what is actually being said through the repetition and emphasis of specific phrases. The following parts extrapolate the samples further, introducing more and more musical elements.

Sometimes Home Can Grow Stranger Than Space is a fascinating recording, highly original and very expressive. The ensemble draw on a variety of influences, with improvisation at the core, and the result is captivating and thought provoking.

Hugh Rainey - 10 September 2019
Apart from outstanding recordings with Dave Brubeck, and his hit composition Take Five, Desmond is probably best remembered for his long and productive collaboration with Jim Hall, his favourite...