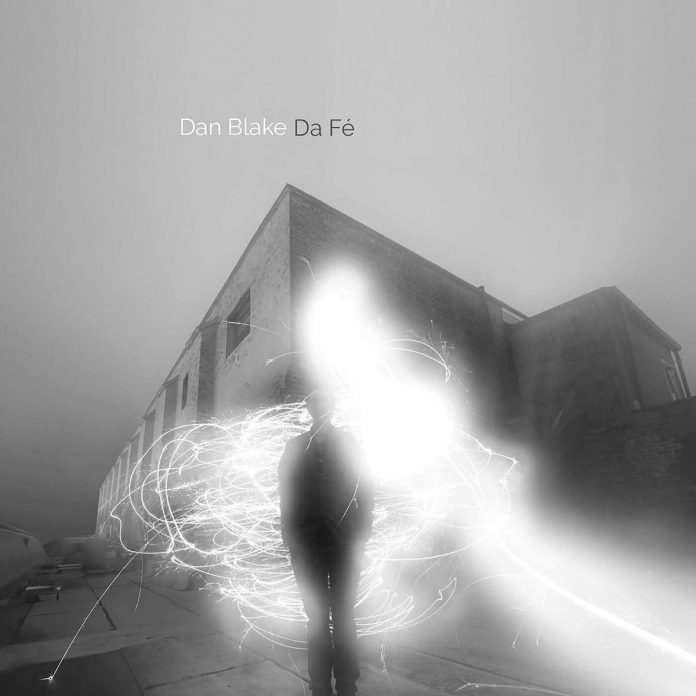 The album title, Da Fé, which translates to “of faith,” references the phrase used to describe the burning of heretics during the Spanish Inquisition, “auto da fé”. Saxophonist and composer Dan Blake connects this historical and linguistic context to his new album in order to present and draw attention to the crises humanity faces today: global climate, catastrophe, poverty and hunger. Blake’s Da Fé and his spirited and hopeful ensemble encourage activism in the fight against these global issues.

The album opens with a through-composed, cascading solo from pianist Carmen Staaf, providing unsettling and stagnant electronics, breaking apart the prayer-like and meditative mood solidified at the start. Blake’s second track, Cry Of The East, evokes the fascinating work of John Coltrane on soprano sax, featuring smooth piano chords alongside a wide-ranging and playful approach to the saxophone.

Inspired by Blake’s Buddhist faith, the third track, Like Fish In Puddles, takes it title from a piece in a collection of Buddhist poems. The music is tempestuous and calls for humanity to shift its perspective, suggesting that we are fish in puddles rather than the ocean, with limited time and resources. Blake presents a clamorous and jarring solo at the start of Pain. Inspired by the recent loss of Blake’s father and grandmother, this piece is intended to draw on strife both personal and universal.

Da Fé is a versatile, thought-provoking and intense album. The music is varied and demonstrates Blake’s pursuit of broader musical horizons. While this is true, Blake manages to maintain elements of swing and more traditional jazz, resulting in a beautiful amalgamation of past, present and hope for the future.