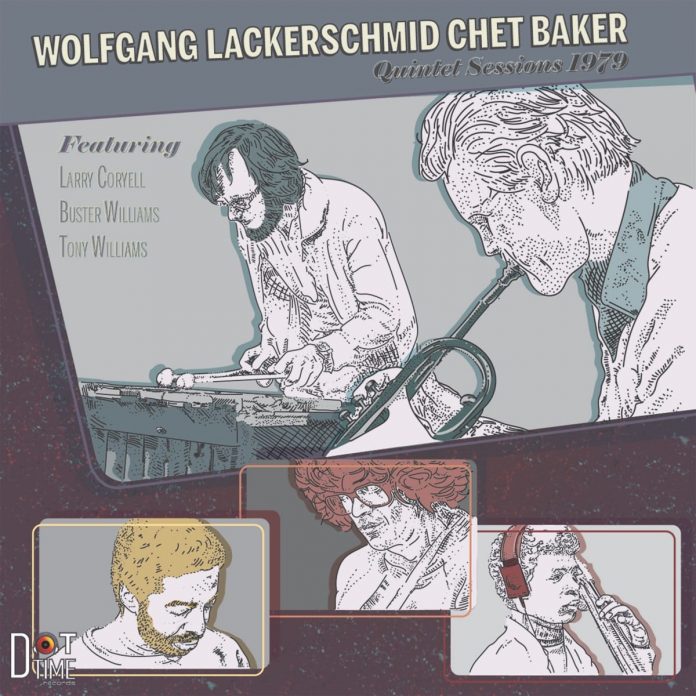 Baker fans will be pleased that this is once again available. Originally issued on Lackerschmid’s Sandra Music in 1980, it includes extra tracks (an alternate take of Balzwaltz and a rehearsal of Rue Gregoire Du Tour) and follows their duet album from that year, Ballads For Two. This time it benefits from the inclusion of Larry Coryell, Buster Williams and Tony Williams.

Although it was criticised in the past as being unbalanced, the heavier approach of the rhythm section at odds with the lighter toned front line players, I don’t think this is necessarily the case. Admittedly, Baker was often past his best at this stage of his career, but seems relatively at ease and after a slightly tentative start on Mr.Biko, settles into a mixture of the straight-ahead, the wistful and contemplative (Balzwaltz – on which a smattering of scat is included on the first version), and of course his trademark ballad style (on Jimmy Van Heusen’s Here’s That Rainy Day).

There’s even a glimpse of Mariachi, briefly on The Latin One. His playing is mainly understated, as you might expect, and with little volume variation, but the time changes keep him on his feet and there are glimpses that capture the essence of Baker’s playing, reflective and even melancholic.

Lackerschmid’s vibes and Coryell’s guitar create a fuller textural atmosphere and the guitarist isn’t averse to laying down a few blues licks, which he does with good effect. He is strident and expressive on the alternate Balzwaltz, matched by the deep resonance of Tony Williams’ drumming which accompanies Buster Williams’ solo. Apart from Baker, all the musicians contribute compositions, but for me it’s the two versions of Coryell’s attractive composition Rue Gregoire Du Tour that are notable.

There are moments when the interaction of Baker with Lackerschmid and Coryell make you wonder if a trio session would have been more suitable, but I don’t have an issue with the more forthright rhythm section. On a presentation note, although these things shouldn’t matter too much, the sleeve design could be more attractive.

Barry Witherden - 06 April 2022
The music that made Lady Gaga famous was not really my sort of thing, nor was it aimed at antediluvian geezers like me. Nonetheless, I always recognised that there...