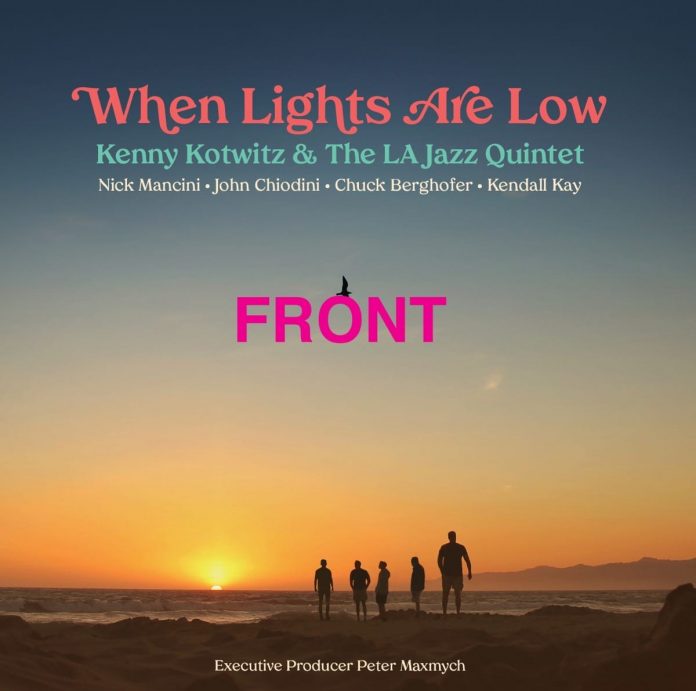 With lockdown in full flow in the summer of 2020 and no live gigs to review I began trawling the reference books in search of centenaries. Although I came across a couple of interesting examples I missed others, including jazz accordionist Art Van Damme.

Luckily for me fan, friend and fellow accordionist Kenny Kotwitz was not so remiss. Eager to mark the centenary he put together a group of top West Coast musicians, named them The LA Quintet, herded them into a studio and led them through the baker’s dozen of easy listening standards that comprise When Lights Are Low.

When I was at my most callow and straining every sinew to avoid falling into the hands of a youth club it seemed that every time I passed an Essoldo or Regal they were playing yet another film in which Sinatra, dressed to the nines by Sy Devore, was the proud owner of some prime real estate in mid-town Manhattan, a bachelor apartment par excellence complete with every accessory the swinger-about-town could possibly need, not least a constant supply of nubile young ladies (actually there were only two films; The Tender Trap and Come Blow Your Horn, but as I said, I was callow).

It occurs to me now that should Mr. Sinatra have felt the need to supplement his charisma with a little atmosphere he may well have selected an album like When Lights Are Low to create a mood that would give Chekhov a serious run for his money, in other words 58 minutes of dreamy, driving, mellow, melodic, gently pulsing passion.

Kotwitz himself switches fluently between accordion and celeste with Kendall Kay’s featherlight touch on the brushes never more than a pick-up note away, Chuck Berghofer weighing in with a tight four on the bass, John Chiodini standing by with some serious guitar runs and finally, for when they want to remind us of George Shearing, Nick Mancini on vibraharp.

The menu is strictly standards that haven’t been flogged to death and if a loaded gun were held to my temple I’d ask to hear Harlem Nocturne one more time and then, all things being equal, Darn That Dream. A lovely three-and-one-half stars.

Dave Gelly - 11 October 2020
I first heard this back in May of this year, soon after it was released, and I've been listening to it, on and off, ever since. There's a calm...

Jazz Journal - 29 March 2022
Sun Ra is now totally committed to elec­tronically-induced sound and his writing and soloing is dominated by it. Surprisingly his horns and percussion accommodate this development completely. Space still...