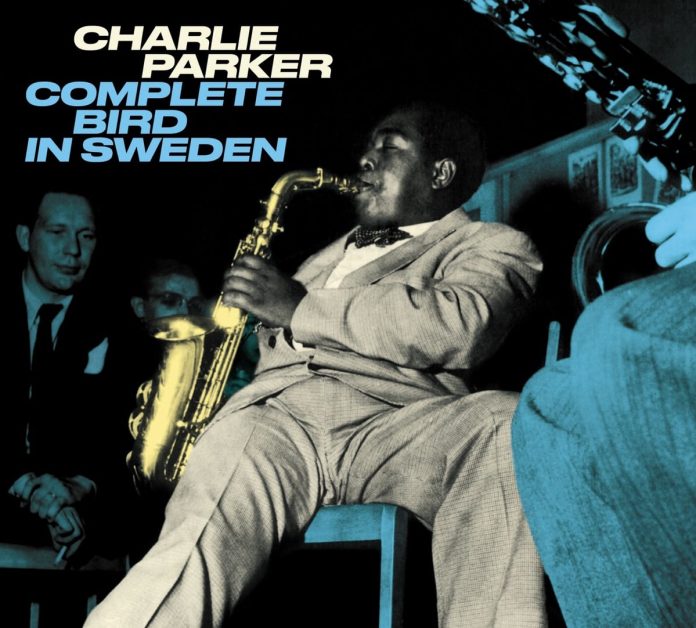 In December 1948 Miles Davis handed in his notice to the Parker quintet, saying that he couldn’t stand it any more. “Bird makes you feel about one foot high.” Kenny Dorham came in that night as Bird’s partner, one of a string of trumpeters that included Rolf Ericson, coupled here with the maestro and sounding at least two feet high.

Every one of Rolf’s solos is a peach. He was always one of my favourites – he could play anything with enthusiasm and little fuss, doing the same for Kenton and Ellington, and it’s so here where he’s an amazingly accomplished partner for Bird, outclassing at least Dorham and Red Rodney. And, to confirm that in 1950 the Swedes could beat the rest of Europe hands down, tenor saxophonist Gösta Theselius plays outstanding piano.

It’s all just another day to the magnificent Parker fountain, whilst the Swedes tumble over each other to outdo themselves. Bird’s Nest have reissued all the known tracks that Bird recorded on that unique trip to Sweden. Tantalising, although it wouldn’t have been any good, it’s possible that Bird was in Copenhagen on 23 November where he was recorded at a jam session with Benny Goodman.

What we have here has the great alto player in some of the best surroundings he ever had. The Swedes might all have come from KC via Berkeley, for they are indeed accomplished.

It’s the nature of the beast, or rather bird, that his unconventional recordings have poor sound quality, but it’s also its nature that it always overcomes that disability. In Parker terms it might as well be hi-fi for his music has, as usual, a superhuman inspiration.

Nigel Jarrett - 13 December 2021
There's a moment in Fiona Ross's feisty, tender, and energy-packed fifth album that encapsulates her mood as songwriter, lyricist and bandleader. On the word “me” at the end of...