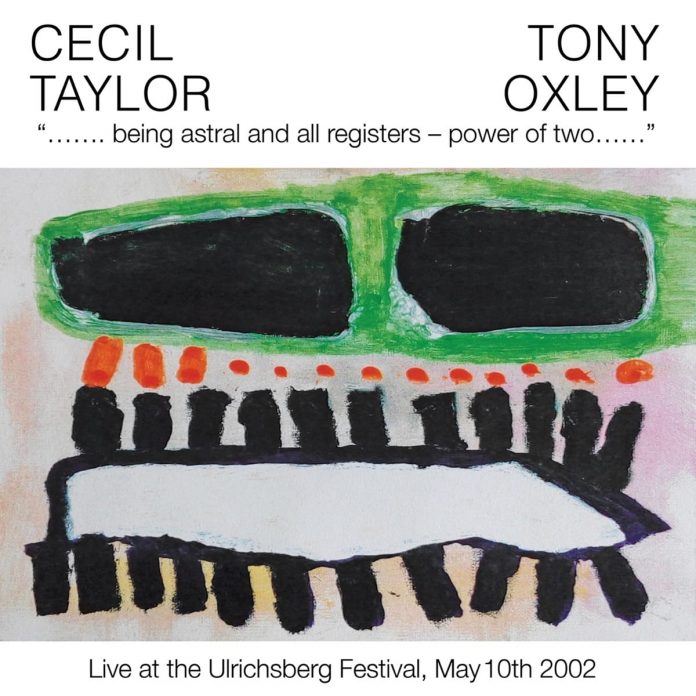 Yet while there are passages in both of the lengthy pieces where the mental effort it takes to keep abreast of developments is great, there are by way of welcome contrast also passages of a barely earthly beauty akin to those that the trio of Peter Brotzmann, Fred Van Hove and Han Bennink summoned up nigh on half a century ago.

There are passages of a third order too, as in that which occurs around the 18-minute mark of Power Of Two, which is not so much a compromise between the ones referred to above as it is a kind of modest game changer, where the underlying rhythmic activity is offset by the relatively becalmed surface of the music. Here Taylor’s at his most lyrical, although such a term cannot be applied without due concessions to the free-spirited sound worlds he spent a lifetime creating. As the piece evolves from that point onwards it becomes clear also that Taylor and Oxley shared a highly developed sensitivity when it came to valuing silence or near silence.

Around the 15 and a half minute mark of Being Astral And All Registers a similar shift of intensity occurs, so it’s not as though such moments of mutually agreed diversion came unnaturally. The effect of the shift is similar, but in detail quite different, which only goes to show that even such pioneers as this pair keep a foot in the world as it is, while hinting emphatically at worlds yet to be mapped.