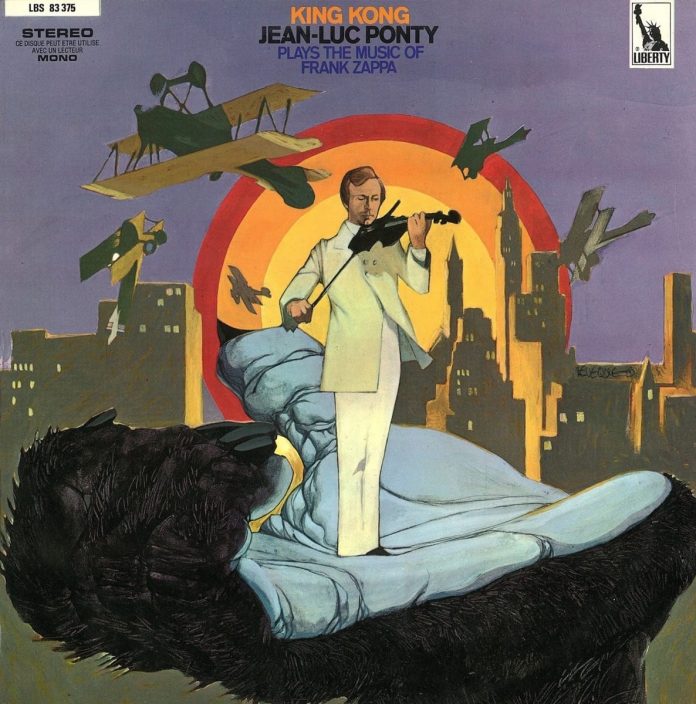 The attractions of the excellent playing of Jean-Luc Ponty will, one hopes, influence jazz listeners to turn on to the work of Frank Zappa, whose talent as a composer and ar­ranger is the making of this album. The first three compositions on the first side are all by him, and are as unmistakably jazz tunes as are the compositions of Thelonious Monk. (I’m not comparing the two in style or quality, by the way.) Zappa also makes one appearance as a gentle wa-wa guitar soloist.

It’s been written that Ponty is one of the long line of non-horn players who play saxo­phone lines on their instruments, and this is true to a certain extent, but he is in fact a complete musician who’s capable of using the violin on its own terms, albeit in a more astringent manner than a warmer player like Stuff Smith.

Ponty doesn’t swing quite as much as Stuff did, but then few musicians can. His attack, lyricism and varied approach to the tonal possibilities of his instrument are dis­played on every track, but nowhere more than on the long Music For Electric Violin And Low Budget Orchestra, which is a personal triumph for Zappa, who has composed a genuinely unclassifiable piece of music, al­though jazz and modern classical influences are obvious. Broadly, it’s a beautifully inte­grated composition in several moods and metres, consistently gripping, and featuring the powerful virtuoso bowing of one of the most distinguished of non-American jazz musicians.

I should also mention the inspiring work of the various sidemen, especially George Duke, a piano player to watch.