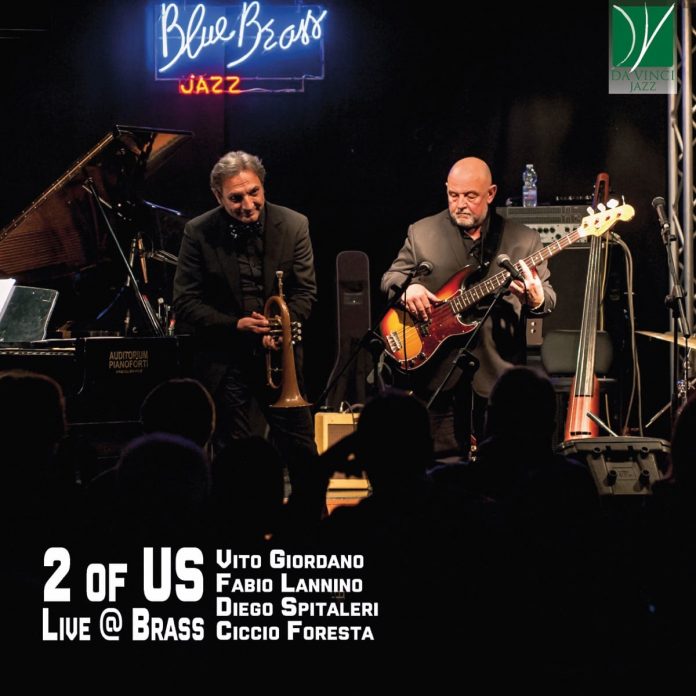 If ever a performance defined the meaning of pared back, this is it. 2 of Us, comprised of Vito Giordano and Fabio Lannino, celebrate the love of fewer notes and the beauty of the pauses in music, and deliver a mellow and reflective set of songs that engages and delights from start to finish.

The mood of the album never wavers from the quiet sense of understatement, giving the whole set of tracks a satisfying sense of connection and wholeness. Giordano captures something of the lyrical sadness that Chet Baker brought to some of his last recordings, and the tone of the flugelhorn adds to the weight of that melancholy on several tracks.

Accompanied by delicate, beautiful work on piano and drums from Spitaler and Foresta, Lannino underpins Giordano’s playing with equally refined and restrained work on bass and guitar.

Usually, I’m not a fan of Pink Floyd material being mucked about with, but even on Wish You Were Here, the band manages to convince that this belongs as part of the set.

The album feels slightly under-recorded at times, with audience appreciation of the performances reduced to a whisper at the end of the tracks. However, maybe this was intentionally part of the mix, so that the hushed atmosphere that blankets the album was not lost.

Dan Bonsanti & The 14 Jazz Orchestra: The Future Ain’t What It Used To Be

John White - 19 April 2019
This is the second album (the first was Nothing Hard Is Ever Easy, reviewed in Jazz Journal April 2016) by arranger, saxophonist and educator Dan Bonsanti. Every member of...