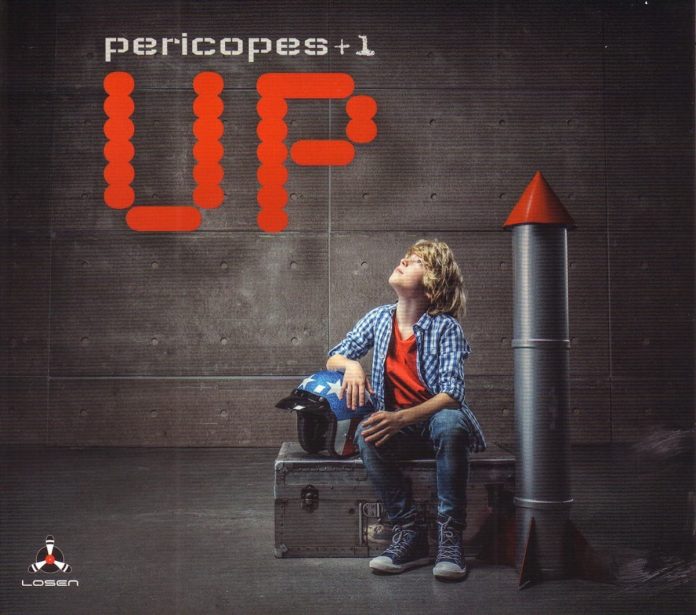 Pericopes began life in Italy in 2007 as a duo of saxophonist Emi Vernizzi and pianist Alex Sgobbio. The addition of New York-based drummer Nick Wright for 2015’s These Human Beings gave rise to the +1, and though both line-ups are still extant this is the expanded ensemble’s third outing together.

Drawing as much from African-American jazz traditions as the new European mainstream, the group’s consistently enjoyable compositions often receive a contemporary twist by a sensitive embrace of electronics.

With its unmistakably upbeat demeanour Up has been deliberately conceived as an antidote to an increasingly joyless world, a reminder that there is rarely any human progress without hope. That’s not to say that Pericopes+1 shy away from life’s darker corners – a very deliberate balance is struck.

Opening track Wonderland has an almost English pastoral feel, Sgobbia and Wright spinning gentle rhythmic webs as the majestic Vernizzi soars overhead. Ucronia begins in a very similar place, though throughout six incident-packed minutes it repeatedly unravels and regenerates. There’s an unusual “found sound” segue into the choppier rhythmic currents of Disco Gagarin, and as its busy boppish theme is jostled by Wright’s clattering percussion the trio’s zestier persona bubbles to the surface.

The Earth’s Shape is by some distance the set’s most bravura arrangement. Depicting a space walk in which we observe our planet from outer space, Vernizzi’s elegant form is sensitively augmented by a satisfyingly unobtrusive string arrangement. Sgobbio’s epic Martyrlied by contrast shows Vernizzi’s more extrovert side. Inspired by the Lutheran Kirchenleider tradition, the saxophonist reaches for the shrill upper register as he unleashes an arsenal of multiphonics and overtones. The opening bars of La Rentrée suggest a Headhunters-era Rhodes groove, but there are heavy echoes of complex Reichian minimalism too.

Perhaps the most surprising piece of the set, however, is the cover of Dire Straits’ Sultans Of Swing, which draws things to a close. So oblique as to be almost unrecognisable, it nevertheless carries an air of hope in keeping with the general tenor.

Pericopes+1 are part of a new generation comfortable with electronics and the creative potential of the studio, and with repeated play Up will reveal almost as many layers as an onion.

John Adcock - 31 January 2022
A very generous three-CD set that shows the impact of the pandemic on yet another artist releasing music at the moment. Multi-talented guitarist and composer Nicolas Meier took time...