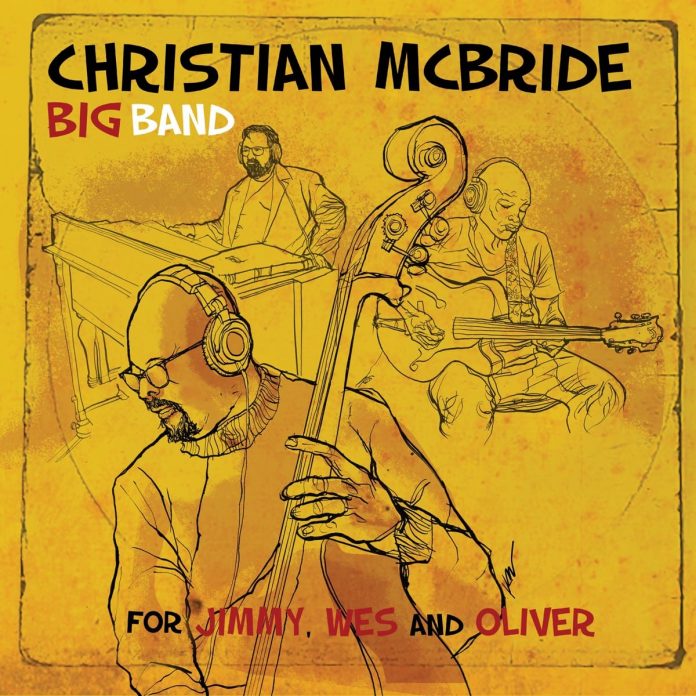 Bassist Christian McBride’s big band received Grammy Awards for its first two outings on the Mack Avenue label: The Good Feeling (2011) and Bringin’ It (2017). This third release, if not quite up to the standards of the first two, and with a slightly misleading title, has much to recommend it.

McBride and Joey DeFrancesco, together with remarkable guitarist Mark Whitfield, conceived the album as a tribute to Jimmy Smith, Wes Montgomery and Oliver Nelson, particularly their collaborations on two landmark albums, The Dynamic Duo (1966) and Further Adventures Of Jimmy And Wes, with an orchestra featuring arrangements by Oliver Nelson. In fact, their tribute which features four titles from those records is split between a quartet (McBride, DeFrancesco, Whitfield and Philips) and the 17-piece big band.

The opening track, a gently rocking Night Train, has a long solo from Whitfield, while Road Song has him exchanging licks with DeFrancesco to good effect. A fast-tempo Milestones and Down By The Riverside feature the whole band, but with guitar and organ to the fore.

The remaining two full-band titles are more interesting. Whitfield’s Medgar Evers’ Blues (in honour of the murdered African-American civil rights leader), features him as principal soloist. A funky and shouting Pie Blues is aptly described by composer McBride as “not really a melody, just a groove”. It opens with blending trombones, a searing and “dirty” solo from an unidentified trumpeter, and Smith/Montgomery impersonations by organist and guitarist. The lugubrious baritone contribution by Maraghi adds to the eclectic mix. It is the longest (9.53) and the best track on the album.

The four quartet tracks differ in form and substance. Freddie Hubbard’s Up Jumped Spring gets a lilting treatment from DeFrancesco and an extended delicate solo from the bassist. Ray Noble’s The Very Thought of You receives a moving interpretation, with sympathetic sounds from DeFrancesco. Billy Eckstine would approve their rendition of his I Want To Talk About You, while a mid-tempo Don Is (a DeFrancesco tribute to Don Was, a Blue Note bassist), features a dancing McBride solo followed by a cooking contribution from the composer, with crisp punctuation and cogent breaks throughout from drummer Phillips.

The attractively packaged album comes without any liner notes – aside from McBride’s thanks to all participants, but especially to ”my oldest friend in music, Joey Francesco”.