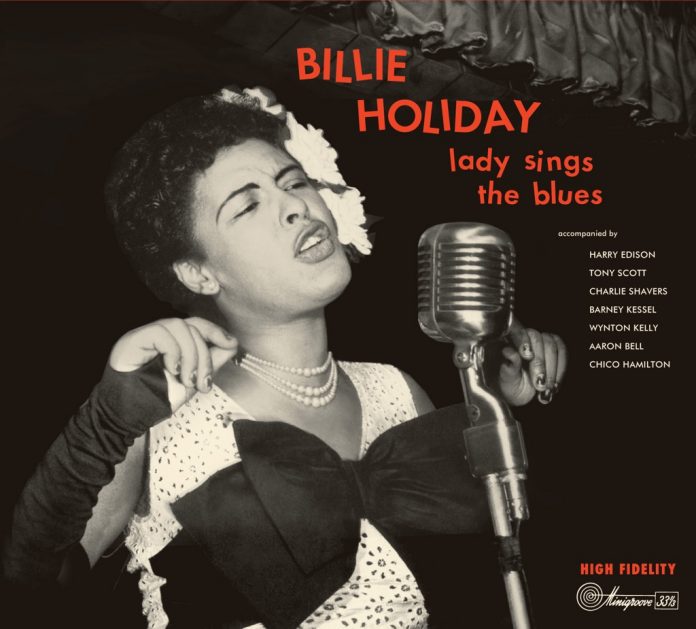 Lady Sings The Blues, released in 1956 following her autobiography of the same name, is rightly considered one of Holiday’s classic titles. This reissue by American Jazz Classics contains five bonus tracks, three of which are from the Lady Sings The Blues sessions, but unreleased on the original LP.

All this adds up to just under 80 minutes, which is plenty of material for fans of Lady Day. Her characteristically husky and impassioned vocals are unmistakable and remain unrivalled by many singers in today’s jazz world. This is particularly true of the mournful Strange Fruit, a response to the lynching of African Americans in the southern USA, and one of the best anti-racist protest songs in jazz to date. Originally recorded by Holiday in 1939, it was re-recorded for Lady Sings The Blues, perhaps because of its popularity. Any one line in the song could be taken as exemplar of the bitter and sorrowful emotion portrayed, though a particularly effective and biting use of staccato can be noted in the line, “Here is fruit for the crows to pluck. For the rain to gather, for the wind to suck”.

This reissue comes supplied with updated liner notes, and even includes the original review of the album, written by Nat Hentoff for Downbeat. Hentoff notes the audible lack of instrumental solos here, and I am inclined to agree. But some of the bonus tracks remedy this to an extent – such as I’ve Got My Love to Keep Me Warm features Charlie Shavers on trumpet, Budd Johnson on tenor saxophone and Tony Scott on clarinet.

Hentoff’s Downbeat review said Billie Holiday had the “best vocal game in town”. Lady Sings The Blues certainly deserves its place as a classic album within her discography.

Thomas Fletcher - 07 September 2021
When I think of an organ trio, there’s usually one name that immediately springs to mind - Jimmy Smith. Last year marked the 65th anniversary of the foundation of...