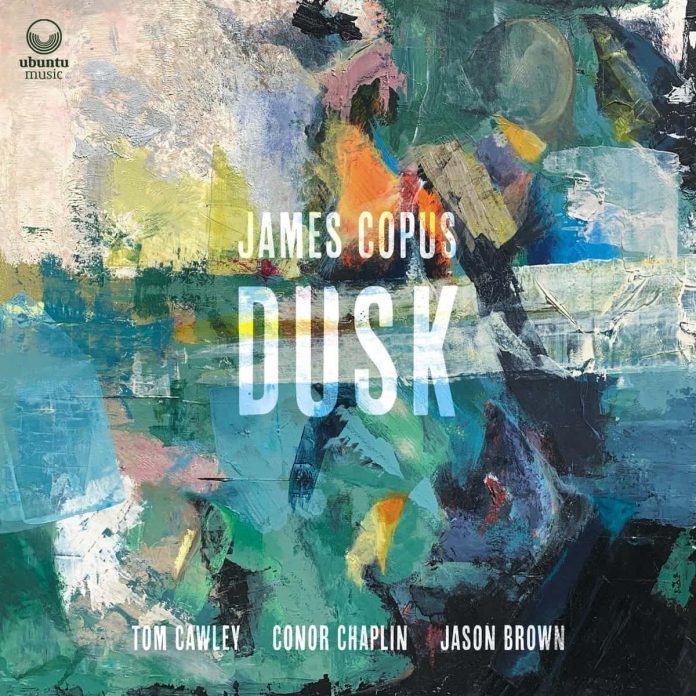 Trumpeter James Copus has been making quite a name for himself in British jazz circles in recent years, and this, his debut album, has been much awaited. He’s assembled a strong band to support him, notably Jason Brown, drummer to the trumpeter of the moment, Ambrose Akinmusire.

All the six compositions are the leader’s, a mixture of post-bop workouts and fusion moods that reflect his devotion to Blue Note jazz, notably Freddie Hubbard, and to the current New York scene.

The opening Early Hours is as much a feature for Tom Cawley’s fluent piano as it is for the leader’s clean, pitch-perfect lines, although it is Brown’s dynamic drumming, ignoring strict time keeping, that captures the ear. The Line and From The Source are both dominated by Cawley’s synthesizers, with their great sweeps of sound, the leader gliding cleanly over the top, avoiding grandstanding statements in favour of a fluent logic.

The title track works well for its quieter approach, the leader’s foggy vocals drifting nicely along, although the concluding drum solo that leads into From The Source is an unstable bridge. Elsewhere, Straight Ahead is a self-explanatory post-bop feature for the leader, Yearning a quiet, melancholy excuse for bassist Conor Chaplin to shine. The brief Outro pulls everything together to end on a collective high.

All in all, it adds up to a fine release from a trumpeter with a great future ahead of him.

Find out more about James Copus at instagram.com/jamescopus

Pianist Jacob Sacks’ latest album is a series of improvisations, recorded in one session in 2019. As the short blurb on the digital release’s...

Culturally, there was a lot going on in America after World War II. In classical music, Arnold Schoenberg and Igor Stravinsky had moved to...

The look of jazz has been more or less dictated by photographers from the beginning. Even Buddy Bolden had his picture taken with his...

Unfortunately Nucleus haven't yet managed to sound as consistently good on record as they do in person, because although this is an excellent LP...

James Copus: Dusk"All the six compositions are the leader’s, a mixture of post-bop workouts and fusion moods that reflect his devotion to Blue Note jazz, notably Freddie Hubbard, and to the current New York scene"
Advertisement