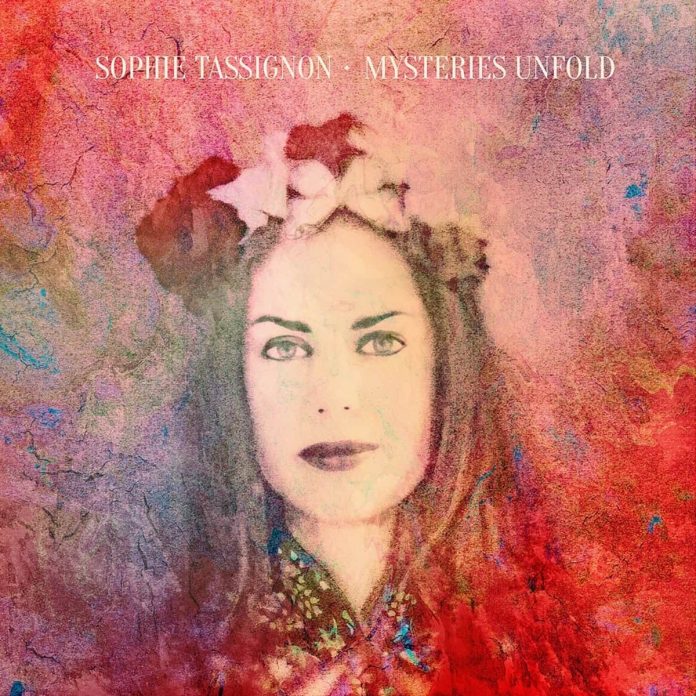 The day can’t be too far off when the latest recording of Mahler’s symphonies will be sent to a jazz magazine or jazz radio programme and be reviewed without the tongue going anywhere close to the cheek. It’s not a question of the emperor’s new clothes but whether or not the emperor, or in this case the empress, has turned up dazzlingly clothed at the wrong event or been sent there in error.

It’s as though the depth of emotion, and indeed the narrative, of the known songs have come to be held in contempt by our familiarity, such as it is. For instance, we need to be reminded that Jolene, lost in the mawkish atmosphere of country & western music, is a character being solemnly entreated to stop making plays for the narrator-singer’s lover. The way Tassignon sees it, this is a matter of almost unbearable extremity. Each of the performances is a rescue act, or at least a transposition to a place of redefining, often elevated by over-arching polyphony and ethereal soundscapes.

Tassignon does have jazz antecedents – she’s the leader of the group Khyal, which weds Arabic poetry to jazz, and is prominent on the free impro scene – but here she has her feet planted on different soil. Then again, if she sees a connection it’s probably up to us to think or listen twice. Thematically, the set includes four original songs and enjoins the plight of women through history in terms of their closed-down voices. The opener, about a female warrior, is much more vivid and capacious than its origins in a 1978 Russian film by Nikita Mikhalkov.

Some avant-garde music stays avant-garde. Bop was avant-garde, now it's not. The sort of music 79-year-old trumpeter Wadada Leo Smith and one of his...

Cuban-born percussionist Cándido Camero (usually simply known as “Cándido”), died at his home in New York City on 7 November. He was 99. He...

One of the most jazz-oriented and blues-inflected singers of the swing era, Louise Tobin does not come immediately to mind when reflecting on those...

Rebello is the latest young British jazz musician to be packaged for mass consumption and in this case there is considerable musi­cal ability to...

Sophie Tassignon: Mysteries Unfold"By any reasonable standard, the new solo album from Berlin-based Belgian vocalist Sophie Tassignon is an extraordinary achievement, but not by the standards of jazz as we know it"
Advertisement