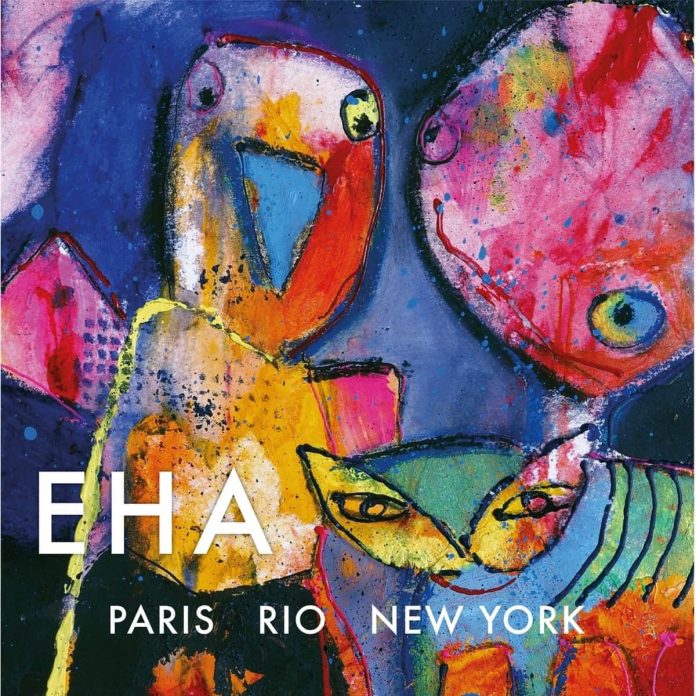 Guitarist Philippe Coignet leads his ensemble EHA in this latest release, incorporating jazz, funk, Latin, fusion and world music. Featuring a line-up of well-known musicians from across the globe, the resulting project is rich and engaging, demonstrating excellent musicianship and artistic depth.

In total, 13 different musicians feature on the album, with the constant being Coignet’s quintet. Of the guests, the most famous is perhaps legendary jazz guitarist Mike Stern, who features on three tracks, as well as drummers Minino Garay and Andy Narell.

The first track is a big-band-style composition which, as the name 1984 (Fanfare) suggests, uses brass and woodwind to create a large, energetic arrangement based around a repeated motif. The only track that is played solely by the quintet is the second, Mars, which is a fast-paced fusion piece with Coignet leading on gritty electric guitar.

The variety of musicians on the album is reflected in the music, which blends styles expertly and with ease. For example there are some more experimental pieces, like Nuits Magnétiques, using ambient synth and percussion to create a wide soundscape over which the bass improvises, followed by the drums introducing a steady rhythm before the melody and solos.

On the other hand, the band also use acoustic arrangements with great effect such as on Celeste A, with acoustic guitar and a steel-pan solo from Andy Narell. The album then presents another contrast with Toronto Layover, which is essentially a rock track led by dual electric guitars in a quick, staccato melody before bluesy solos.

While at its core a jazz album, Paris Rio New York touches on so many genres it’s difficult to classify. It is best suited to fans of contemporary jazz, given its wide-ranging influences, all executed with high-level musicianship.

Master of intriguing arrangement, and presiding over a multi-talented orchestra, the Duke frequently delighted in transforming even the most unlikely material into memorable jazz....

Sixty-four years have passed since I found myself in the most horrifying predicament of my journalistic career (even worse than the time that I...

The demise of big bands in the 40s gave way to the 50s era of the solo vocalist. Mostly women, a few like Ella,...

Stitt and Holloway have been play­ing together on and off since at least 1967, so it is particularly irritating that the sleeve quotes no...

"While at its core a jazz album, Paris Rio New York touches on so many genres it’s difficult to classify. It is best suited to fans of contemporary jazz, given its wide-ranging influences, all executed with high-level musicianship"Elliot Marlow-StevensEHA: Paris Rio New York
Advertisement