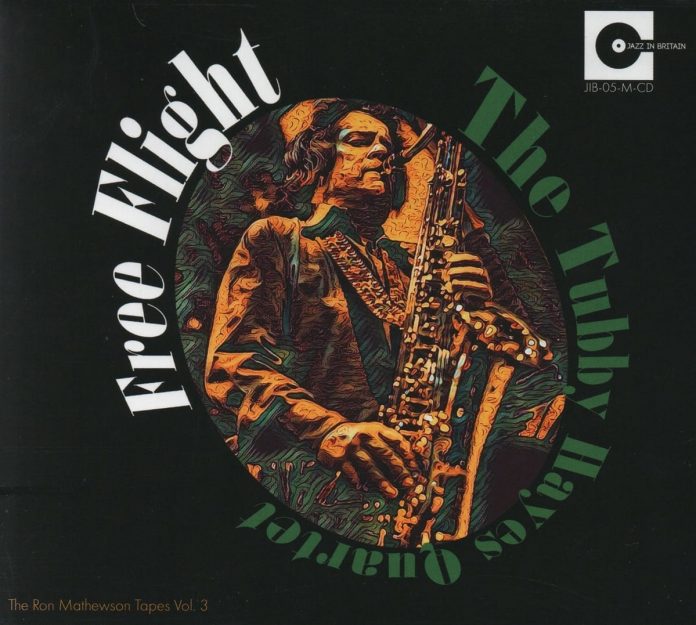 The line-up here was of the classic Tubby Hayes Quartet that recorded Mexican Green, which was generally regarded as his best album. Here, however, it is much later than that 1968 classic and the four had come together again specifically for this date at Scott’s.

Tubby was literally, to resort to cliché, a brave shell of the man that he had been, and really he should not have been playing. Despite all the talking up in Simon Spillett’s five-star liner, Tubby was not able to communicate in any way that properly reflected his old imagination and vigour, and Simon’s suggestion that he now sounded more like Getz is kind, but over-generous. The backing trio don’t hit the inspired unity of earlier days, but individually are excellent.

Ron Matthewson set up his cassette machine, presumably connected to the house loudspeakers, for that was the way recording was normally done at Ronnie’s. And while the balance is just about acceptable, the sound quality is poor.

The flute gets taken out for Trenton Place, a pretty tune of Tubby’s from the earlier years. The flute playing suffers much less than the tenor style and it’s a pity that it’s a bit over-miked. Lady Celia, dedicated to Tubby’s heart specialist, is robust and energetic and something of a return to earlier days. The trio fall in instinctively with Mick Pyne always ready to lead or support. He solos eloquently with great backing from Tony Levin. At 17 minutes, I Thought About You is the longest track (three others are 14 or 15 minutes). It opens with a long and reflective intro from Pyne before Tubby’s voluptuous lingering over the melody. One hears here the sparse paring down of his improvisation. What’s left is very attractive, but, via his ill health for the wrong reason.

Tony Levin gets a well-intentioned feature on the unfortunately incomplete Sienna Red, a fast theme where it’s difficult to see Tubby’s intended likeness to the Gil Evans-Philly Joe Jones Porgy And Bess tracks. There are hints here of the then-fashionable and casually self-indulgent free-form style, one of the more negative jazz diversions. Fortunately Tubby brushed such distractions aside. Seven Steps To Heaven is an incomplete fragment, but the enjoyable Trane’s Blues creates a great mood.

I took pleasure from listening to the album, and Tubby’s many followers will be glad of it, but it is not representative of a man who on form was arguably the greatest soloist in British jazz. It took me an hour to read Simon Spillett’s dazzling and informed sleeve-note, and that should have five stars of its own.

Previous articleDavid MacGregor: Looking For A Place Called Home
Next articleChelsea’s 606 Club back in action

An informative sleeve-note by David Fishel reveals that Nevi translates as "variety". Formed in 2018, this dynamically attuned Russian-Turkish quintet...

Been a bit out of action for the last umpty-um weeks with a condition that at first looked a bit hairy but has more...

'...it’s also a text that could appeal to any music fan who wants to understand more about how the blues are sung' The title of...

"I took pleasure from listening to the album, and Tubby’s many followers will be glad of it, but it is not representative of a man who on form was arguably the greatest soloist in British jazz. It took me an hour to read Simon Spillett’s dazzling and informed sleeve-note, and that should have five stars of its own"Steve VoceTubby Hayes Quartet: Free Flight
Advertisement