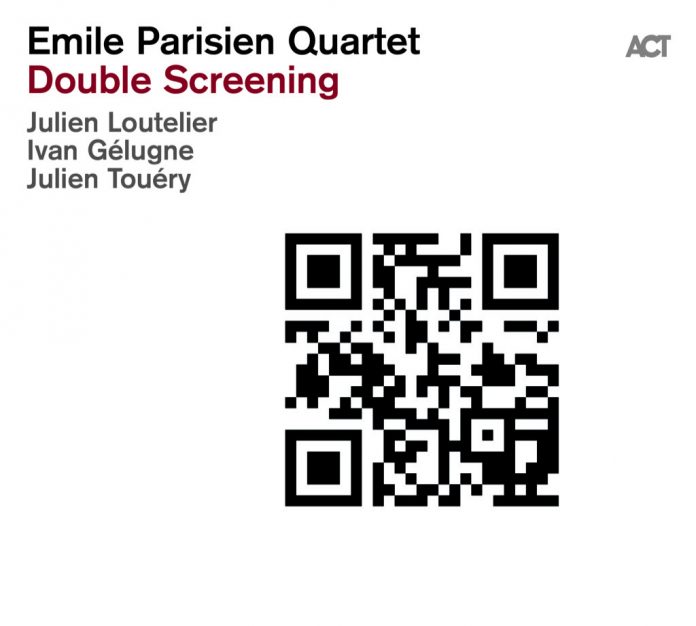 Parisien has impeccable credentials as one of the most celebrated and acclaimed French musicians on the European circuit. Having been called Europe’s leading soprano saxophonist, and with Downbeat raving about his importance, it is somewhat baffling to discover that Double Screening is, in my assessment, not much good.

The danger signs are there in the digipack notes, where Parisien outlines the thinking behind the music he has created. This is an exploration of the busy nature of our digital lives. Through a number of stop-start tracks that dive and move in unpredictable ways, the quartet aims to answer questions such as: is there any space left for us as individual human beings under the torrents of bits? Can we improvise in a world where everything is predetermined by algorithms? And – does poetry still have the right to be heard in the age of artificial intelligence?

If you have been awake at nights pondering such dilemmas, or perhaps just want a CD to send your dinner party guests scuttling home early, then Double Screening is certainly worth investigating. With its discordant, screeching silliness, the whole album is certainly experimental, occasionally sounding to me like a band of people that simply can’t play. Perhaps the short, disconnected nature of the music underlines the themes Parisien is exploring, but it certainly isn’t an album I would want to hear again.

Sometimes, jazz music can appear to be pretentious and full of its own importance. Sadly, for me, Double Screening illustrates this only too well, the musical equivalent of the pile of bricks or sheep in formaldehyde that for some pass as art, and for others as nothing but nonsense.

Hugh Rainey - 06 January 2019
Danny Bacher has been developing his skills for some time now as a singer-saxophonist, on the New York City jazz scenes. His confidently expressive vocals swing along with sure-footed...