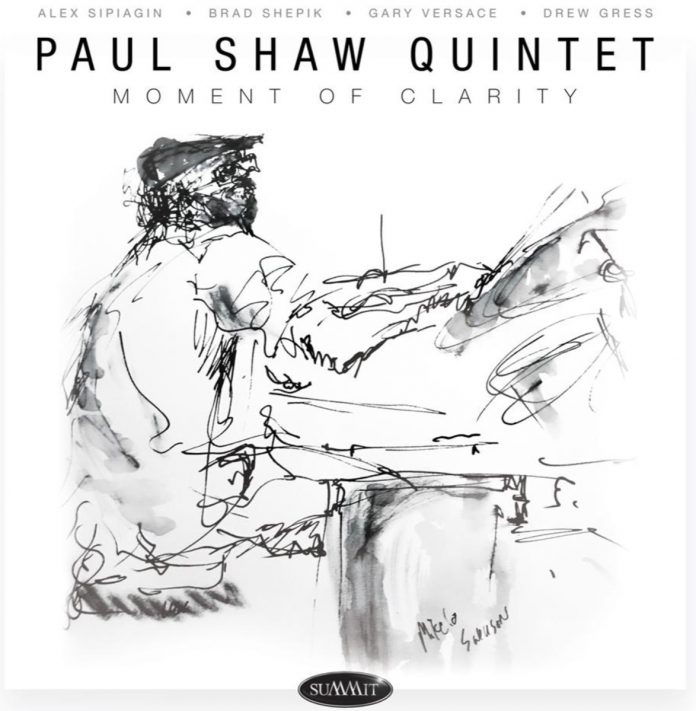 This quintet of like-minded musicians presents a programme of medium tempo bop, a blues and two ballads. The compositions are all by leader Shaw and are all interesting themes that hold the listener’s attention. Shaw has considerable experience as a big band leader with the United States Air Force band and other military units and has worked with people such as Donald Harrison, Oscar Brown Jr, Frank Lacy, Johnny O’Neal and many other well-known jazz folk. This is his first record outing as a combo leader, and he has chosen highly compatible musicians.

Heartland is first up, a medium-tempo bop opus which is followed up with Shapeshifter, another loping piece which features well-crafted solos by trumpeter Sipiagin, guitarist Shepik and the leader’s only extended drum workout.

This band swings lightly and fairly politely with few fireworks but with inventive solos on all selections, everything held together neatly by Shaw’s all-embracing drum work. He functions somewhat in the Art Blakey way, adding constant fills and accents to the tracks and getting behind individual soloists to give them just the level of support he thinks they need. He puts light support behind the piano and occasional kicks behind trumpet and guitar.

Sipiagin is a brash, brassy player in the Lee Morgan tradition, further emphasising the Jazz Messengers connection. Shepik’s lines flow freely and with Gress supplying a solid bass line, the rhythmic thrust is consistent throughout. Peekaboo is a bouncing blues and the final selection, Showdown, roars along effectively. Mary Oliver is an attractive, sombre ballad dedicated to American poet Mary Jane Oliver.

As an example of straight-ahead, contemporary bop and blues, this release is one of the best. No earth-shattering innovation but right there in the tradition and well played. A very good recording balance adds an extra bonus.

Michael Tucker - 25 March 2020
Born in 1965, the strong-toned and expressive Swedish trumpeter Broo has long established himself in Scandinavia in the diversely evolving field of post-Coleman, free-touched jazz. He has often worked...