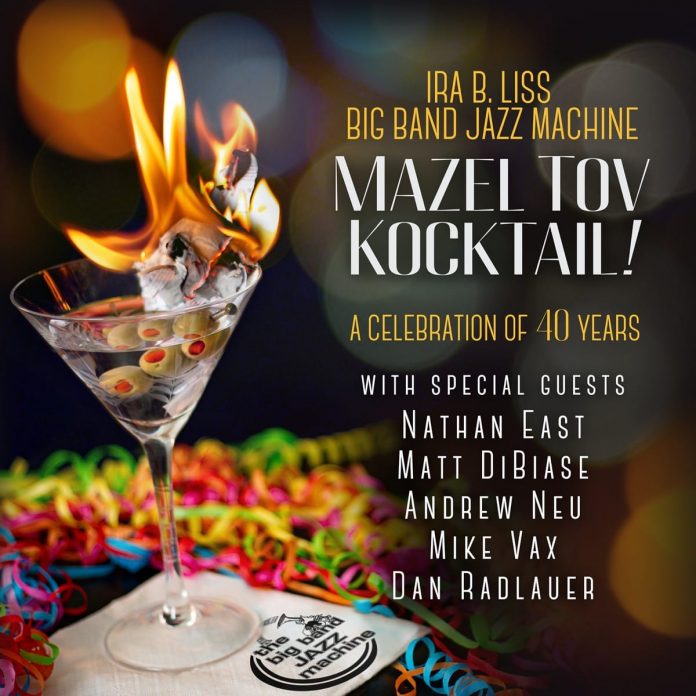 This is the sixth release by the Ira B. Liss Big Band Jazz Machine, which has been based in southern California for the past 40 years. I reviewed their last CD, Tasty Tunes, in the June 2018 issue of Jazz Journal (Tall Man Productions 005). As Bob Mintzer pointed out at the time, ”Ira Liss is one of those special folk who keep the big band idiom alive and kicking.”

Gimme That is an uptempo blues that really puts the band through its considerable paces during some tricky ensemble passages and guests Andrew Neu and Mike Vax are front and centre in some creative solo choruses. Just like the leader they continue to keep the big band flag flying in their own way. Neu’s date in 2016 A New Catwalk (CGN 82601-2) was well received and Vax has led several large ensembles over the years, the last being Collaboration in 2017 (DCD 713).

Janet Hammer, on her third album with the band, brings an intimate quality to You’d Better Love Me which has some tasty alto from Tyler Richardson and lightly swinging trombone from David Barnard. The humorously titled Mazel Tov Kocktail is an authentic klezmer-style romp featuring Dan Radlauer on accordion together with baritone player April Leslie doubling very convincingly on clarinet.

Carly Ines, making her vocal recording debut, turns in a virtuoso display on Joy Spring coping with the harmonic twists and turns of Clifford Brown’s classic in a scat solo before leading the band in an exciting shout chorus.

Dave Jones - 10 March 2020
The original source recording for this CD has remained in the FSR archives for over 30 years. It’s the first time that this complete trio session has come to...