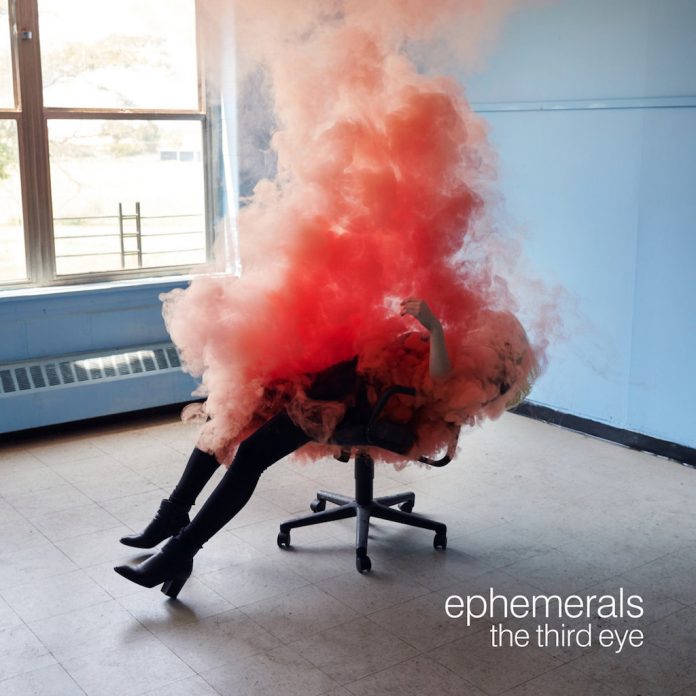 Ephemerals went through an early phase as an out-there soul band before exploring Alice Coltrane’s legacy and then re-emerging as a highly eclectic outfit, embracing spoken-word, psych, and soul / spiritual jazz, devoted to removing from their music all the binary distinctions – which includes major / minor as well as male / female – that hold us in check.

There are, of course, a substantial number of transgender musicians around and many more who explore the boundaries of identity as a matter of modish style rather than a living ethics / aesthetics.

There is no mistaking the intensity of what Ephemerals and composer Hillman Mondegreen do. It’s somewhat harder to describe how they do it. Musicians are listed without instrumental differentiation, which is as clear an invitation as any to ignore conventional group hierarchies and focus instead on the narratives set out by singer Wolfgang Valbrun.

Right from the off, some listeners will be reminded of the blissed-out psychedelic soul of P.M. Dawn, but this isn’t music for the chill-out room – it’s music that deserves to be listened to intently. The opening Poly is simply a recitation of all the ways that prefix can change our perspectives: polytonal, polyrhythmic, polycultural being the ones most familiar to us.

I loved Ephemerals’ previous work on Electricity and Blur, both of which came out last year with very similar cover art, clouds of red smoke obscuring human figures in enigmatic rooms. The earlier records were beautiful but without the emotional challenge of their recent work.

I can only salute the makers of this music for courage and grace. It’s impossible to pigeonhole, which means that the odiously binary question “Is it jazz?” doesn’t need to concern us.

Brian Morton - 10 September 2020
“Junnu” Aaltonen is 85 this year. The guiding spirit of Finnish jazz for more than 60 years, he first recorded under his own name in 1974 and despite some...