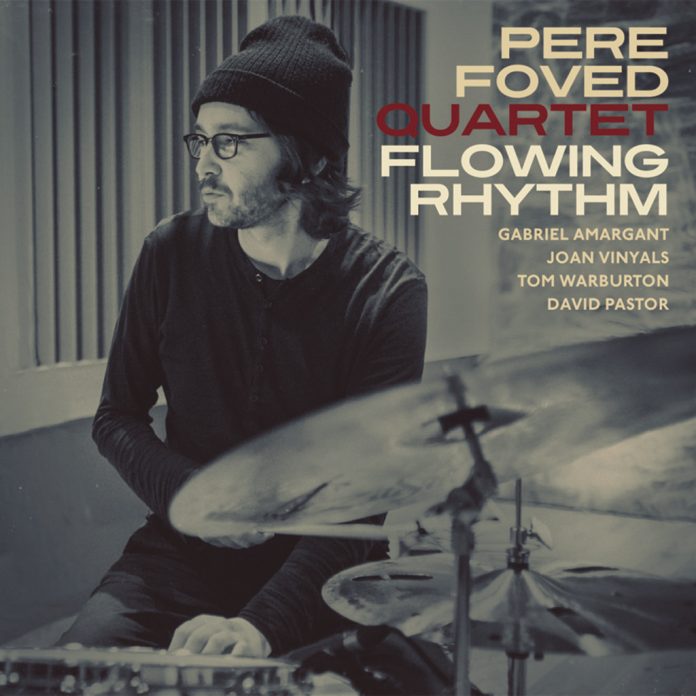 Pere Foved (born 1977) is a Catalan jazz drummer and session musician. He began his musical studies at the Conservatory of Badalona, and extended his apprenticeship at New York’s Drummers Collective. He’s released several albums, as has saxophonist Gabriel Amargant (born Argentina, 1986), the leading soloist on this release. Foved’s latest project is a set of standards, with interludes that he composed.

Jimmy Heath’s CTA, based on Rhythm changes, is a hard-swinging interpretation; and it’s good to hear another version of Sam Rivers’ beautiful Beatrice, this with a jazz-rock rhythm. Harry Woods’ rather slight What A Little Moonlight Can Do gets a captivating uptempo treatment that brings out its pop virtues, while It Might As Well Be Spring has a quirky jazz-rock-ish interpretation that takes it up from ballad tempo. David Pastor appears on trumpet on one track, What A Little Moonlight Can Do.

This is an attractive but not groundbreaking release, pleasant and enjoyable but generally conservative in ethos.

Discography
Flowing Rhythm; CTA; Beatrice; Drumelastic; What A Little Moonlight Can Do; Culini Beat; It Might As Well Be Spring; Get Back; Matisos; Save Your Love For Me (35.41)
Gabriel Amargant (ss, ts); David Pastor (t); Joan Vinyals (g); Tom Warburton (b); Foved (d). Barcelona, 20-21 February 2019.
Fresh Sound New Talent FSNT1020

Michael Tucker - 15 November 2019
The Norwegian Mathisen is a fine bassist, whether on acoustic or electric and whether in assertive and popping or reflective and legato mode. He swings well in all tempi...