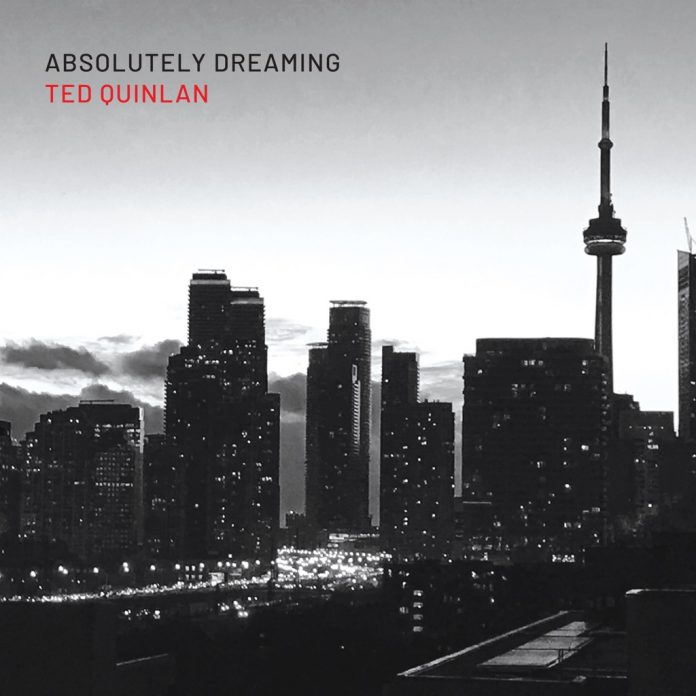 Ted Quinlan’s exceptionally fluid style is reminiscent of Wes Montgomery, Johnny Smith or Kenny Burrell but he clearly doesn’t seek to consciously emulate any of these virtuosos. Rather, his playing and compositions make for compulsive, attentive listening.

Montreal-born, Berklee-educated Quinlan is, rightly, regarded as one of Canada’s top guitarists. He also an in-demand session musician and sideman having played with the likes of Chet Baker, Freddie Hubbard, Jimmy Smith, Joey DeFrancesco, Michael Brecker, Dave Holland, Maria Schneider and Dave Liebman. His debut album As If (Unity, 1998) won a Juno nomination for contemporary jazz and he was recipient of the 1998 Jazz Report award for guitarist of the year. Quinlan is also the Head of the Guitar Department at Humber College Music Department in Toronto.

Many of the all-original compositions such as Cheticamp and Babylon, reflect the guitarist’s love of travel and the album’s title alludes to the creative interplay found between the far reaches of the artistic imagination and the discipline and precision required to venture out toward its fringes. As epitomised on numbers like Twilight Sky, Quinlan invariably marries a blues sensibility with a tendency to utilise subtle, emotionally charged glissandi. But Quinlan is also capable of delivering some coruscating, feisty, rapid-fire lines such as heard on X Marks The Spot.

Quinlan’s quartet notably includes Brian Dickinson, undoubtedly one of Canada’s foremost jazz pianists and whose contribution serves to underpin the album. The album’s moody cover photograph depicting the Toronto skyline, taken by Quinlan himself, is an absolute gem, as is this album, in which there’s not even one mediocre track. Absolutely splendid stuff.

Click here for more information on Ted Quinlan: Absolutely Dreaming and to hear a sample

Michael Tucker - 17 July 2019
Leaving aside his work on Miles Davis's epochal Kind Of Blue, Coltrane handled plenty of arresting blues material before the Coltrane Plays The Blues session from 24 October 1960...