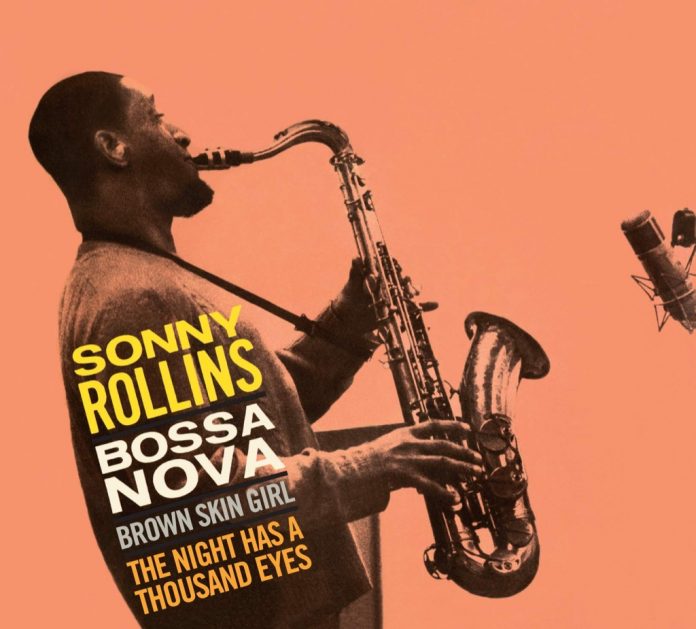 The first six tracks were released in 1962 as What’s New? This release adds four bonus tracks from 1958. The original 1962 album features a variety of upbeat numbers with a heavy South American influence, much in fashion at the time. As the liner notes explain, Rollins hadn’t recorded at all between 1959 and 1962, so this album, along with his other 1962 release The Bridge, represents a return to the studio and the recording of the ideas he had been refining during this time.

Bob Cranshaw, who appears on a vast amount of Rollins’ work, plays bass on all tracks. Drummer Ben Riley, who with Rollins only played on this and his previous album, features on all but tracks 3 and 4, sometimes leading the rhythm section, and sometimes maintaining a reserved and gentle approach behind the percussion. Guitarist Jim Hall is present throughout, with an especially tasteful section of call and response with Rollins on the second track Don’t Stop The Carnival.

The South American influence adds an engaging originality to the album, especially considering that in the early 1960s the quartet format was somewhat overplayed after achieving international popularity. The addition of clave rhythms and a wider use of percussive instruments like congas and bongos created a new texture over which Rollins could form his melodic ideas. Structurally, there is an improvised and free-form approach, with several tracks over 10 minutes long, and as a result, the various musicians take extended solos throughout the album. Bonus tracks 7-10 are a contrast, mainly as they were recorded in quartet form, without the additional percussion and four years earlier with a different line-up. They came before Rollins’ recording break and represent a different era of his playing.

The album has updated liner notes and is in a limited edition of 500 copies. It’s nicely packaged (although there are spelling mistakes in the track list), and overall the album is excellent, presenting one of the many highlights in Rollins’ work.

Matthew Wright - 22 July 2020
The music here is based upon Sunny Jain’s observations of the relocation and settlement (in America) of his family, the associated upheaval and the socio-political...