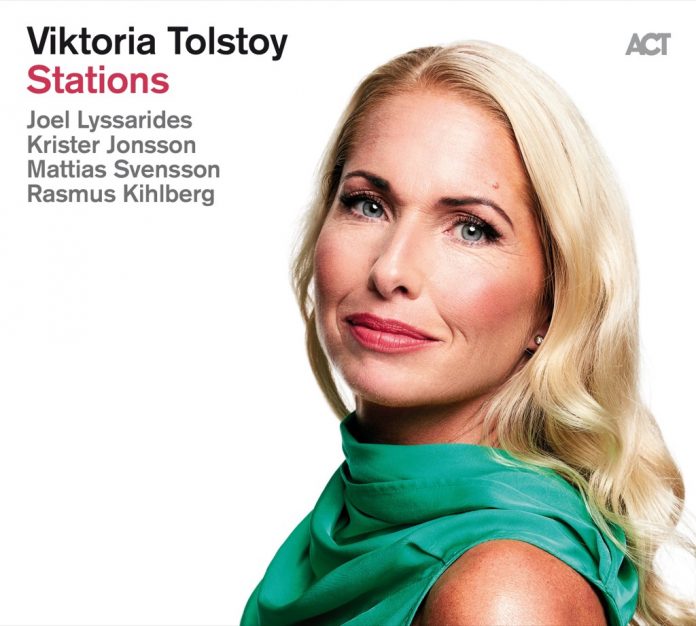 Born in Sigtuna, Sweden in 1974, Viktoria Tolstoy has built a strong following mainly in Scandinavia and northern Europe. Her unconventional repertoire typically contains songs originating in these regions and particularly draws upon her Swedish homeland as well as her Russian heritage (she is the great great granddaughter of Leo Tolstoy). For some years she collaborated extensively in both performance and songwriting with pianist Esbjörn Svensson.

She has been recording since the early 1990s and on this, her 11th album, she continues with her chosen path, avoiding over-used songs, concentrating mainly on little heard and original material. Here, seven of the songs she sings fall into these categories, the others being Bob Dylan’s Million Miles, Nat Adderley’s The Old Country (lyrics by Curtis Lewis), a lively and engaging version of Nat Simon and Buddy Bernier’s Poinciana, and a gently moving performance of Phyllis Molinary and Arthur Butler’s Here’s To Life.

Tolstoy’s vocal sound is clear and unforced and her interpretation of the lyrics and accompanying exposure of the central meaning is admirable. Her accompanists, well known in Sweden, are all top-flight musicians and provide appropriate and subtle backing to the singer’s warm interpretations of songs that are mostly unknown to the international audience.

Brian Payne - 18 January 2020
It’s been eight years since master conguero Poncho Sanchez and his Latin band made an album. Trane’s Delight is their 27th and it’s been issued to celebrate the music...