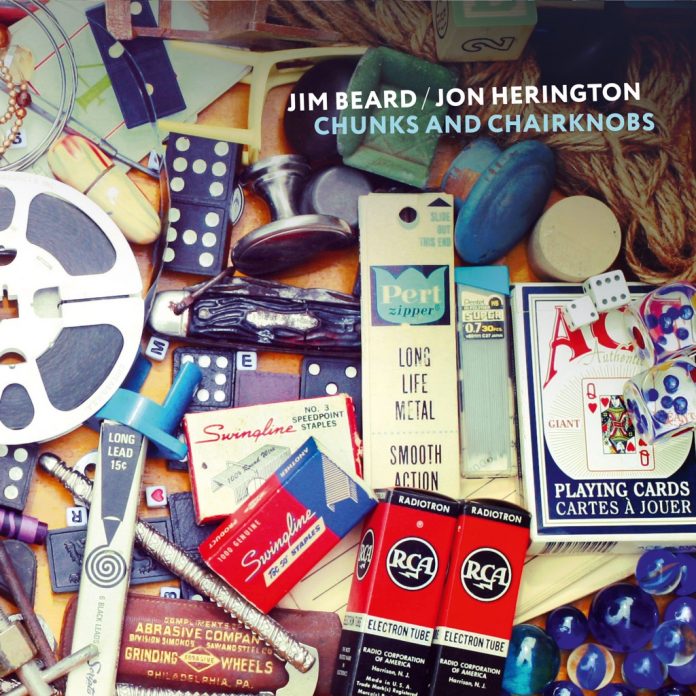 Shared experience with Steely Dan is a common thread in this wonderfully engaging album from pianist Jim Beard and guitarist Jon Herington. Both musicians have an impressive pedigree in terms of collaborations with big names such as Wayne Shorter, John Scofield, Bob Berg and Madeleine Peyroux, as well as Donald Fagen and Walter Becker.

The quirky, clever influence of Steely Dan shines through the eight tracks, enabling Beard and Herington to switch with ease between jazz, blues, rock and bossa nova. The self-penned compositions from both musicians reveal wit and inventiveness that gives the album a real freshness.

Most striking of all is the sense of newness that they bring to the duet performances between piano and guitar. As Herington mentions in the liner notes, in his view piano and guitar don’t necessarily cooperate too well together, but that doesn’t seem to have been a problem here. Both the selection of material and the execution of it has been done with meticulous attention to what works, and yet the music never feels anything less than being created completely in the moment.

Amongst the highlights (and there are many), is a simple but effective treatment of Baubles, Bangles And Beads, infused with the same gentle, effective bossa-nova feel that was present on the version recorded by Sinatra and Jobim. Appropriately, the album wraps up with a fairly straightforward version of Steely Dan’s Gaucho – one of the band’s most popular songs from the 1980 album of the same name.

Quirky, original and captivating throughout, Chunks And Chairknobs is accompanied by informed and informative liner notes by Downbeat contributor Bill Milkowski, adding interesting background information on how the album came to be created. A superb listen.

Ian Lomax - 14 March 2021
The world of jazz and blues has seen many child performers who grew up to be famous musicians. They were frequently part of a family act or simply did...