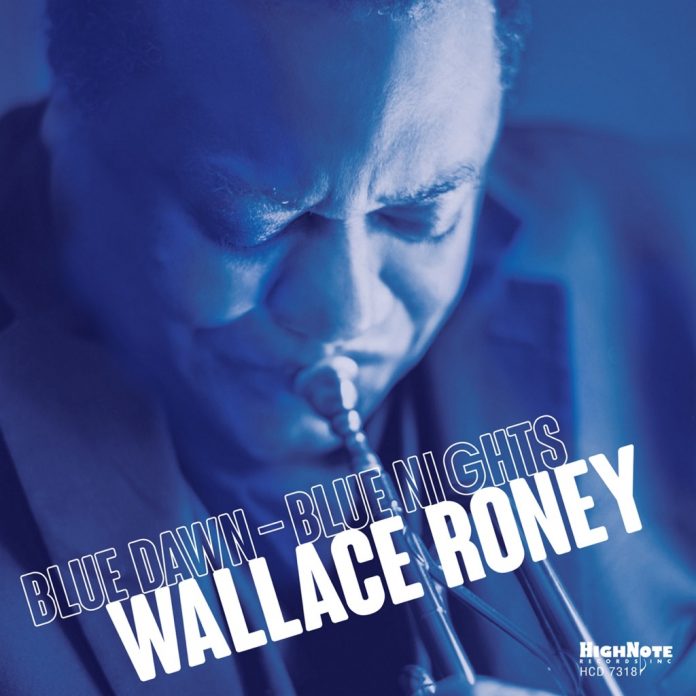 Albeit a cliché, “blue” is definitely a description that is appropriate for trumpeter Wallace Roney’s latest release on High Note. “Blue” is all over mainstream and progressive jazz history. Most importantly as the underlying propulsive force, namely the blue note and the blues. And literally as album and song title or monicker. Think Midnight Blue, Blue Spring, Blue Mitchell, etc. Roney is linked to that tradition by, among many other endeavours, his close association with Miles Davis during the last years of the Dark Prince’s life and his membership of Art Blakey & The Jazz Messengers.

Like Davis and Blakey, Roney gives free reign to the young lions in his bands. The youngsters of his recent group get plenty of opportunity to make their mark. They flavour Roney’s 21st album as a leader with eager and fiery improvisational and compositional skills. 15-year old drummer Kojo Odu Roney, Wallace Roney’s nephew, is the Benjamin of a group that also includes tenor saxophonist Emilio Modeste and pianist Oscar Williams II. Lenny White, the veteran drummer that played on Bitches Brew, drums on four tracks, including a gritty update of White’s fusion groove Wolfbane.

Wayne Linsey’s Bookendz is a terse groove as well, a meeting at the crossroads of On The Corner and the beats serious rap nicked from jazz in the early 80s. It is like a rocky landscape that is mined by Roney and Modeste, who dig up more than a few pieces of solid silver. Modeste’s Venus Rising and Elliptical allude to the work that Herbie Hancock, Wayne Shorter and Andrew Hill did for Blue Note in the 60s. As it happens, Blue Dawn – Blue Nights was recorded at the studio in Englewood Cliffs, New Jersey of the late Rudy van Gelder, legendary inventor of the famed Blue Note sound. Oscar Williams II turns thunder into a coherent story. Modeste is gutsy and Kojo Odu Roney fervently pledges his allegiance to the Tony Williams flag, with a nod to Jack DeJohnette.

Toto’s Don’t Stop Me Now was a warm-up song for Miles Davis in the 80s. Roney’s pure high notes enliven the elegant melodic framework. Its sudden shifts of rhythm are superfluous. The expressionism of Roney’s muted trumpet is at the heart of Dave Liebman’s New Breed, a rather monotonous, hard-to-stomach throwback to early 70s avant-garde. Most of the time Roney’s sound is open, his style fluid, marked by crystalline surges from low to upper register and a decisive attack that puts the hummingbird to shame.

Moreover, Roney has the melancholy blues. It is at the heart of his rendition of the beautiful ballad by Kaye Lawrence Durham, Why Should There Be Stars. Nearing 60, “Blue” Roney is in excellent form and the future for his band of savvy juniors looks bright.