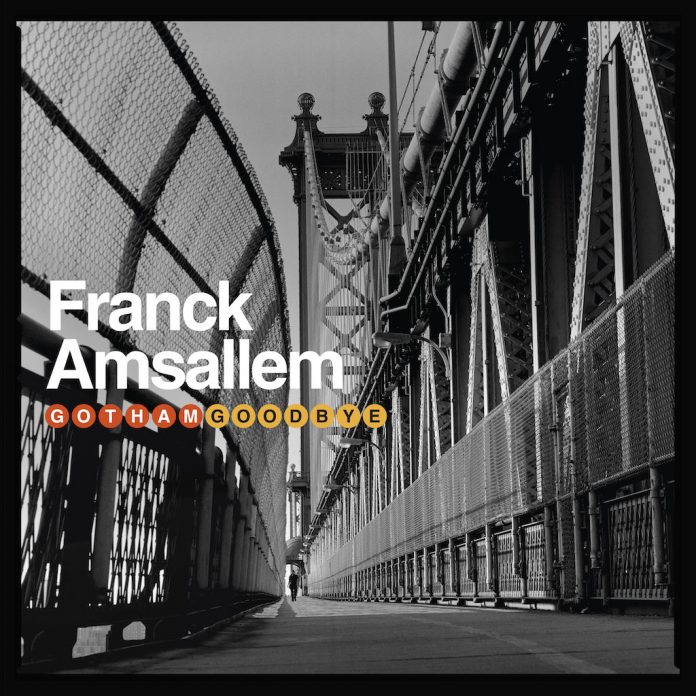 New York can be a bruising town, but Franck Amsallem doesn’t sound crushed by his two decades there. Instead, he says goodbye with a mix of affectionate regret and an eye on his new base in Paris. There’s a low shot of the Williamsburg (?) bridge on the front, the Eiffel Tower on the back. In between there’s a new set of smart originals from the pianist, offset with a lovely interpretation of Last Night When We Were Young, which is one of the highlights of the session.

Amsallem grew up in Oran, Algeria, the city that was home to Albert Camus, but shows little sign of existential dread, just a buoyant enjoyment of the jazz tradition. He studied in Nice, Berklee and at the Manhattan School of Music and he’s been recording regularly since the 90s.

Irving Acao doesn’t give him quite the flexibility of sound he got from Tim Ries in earlier days, but the tenor gives this set a more consistent sound, like a club date rather than a studio artefact. Amsallem typically plays from within the group, even when he’s soloing.

He has recorded in trio settings, but seems to prefer a horn-fronted group and that certainly suits tunes like A Night In Ashland and Gotham Goodbye. The other players are crisp and alert and clearly well aware of each others’ moves, for there’s no clutter and redundancy in the music. It may not sound the most praiseful adjective, but one always admires the economy of Amsallem’s work.

This is well up to the standard of his best recordings for Sunnyside and Naïve. Hope he’s found a label that will allow him to develop in this new phase of his impressive career.

Gareth Thomas - 09 June 2019
Gwilym Simcock’s versatility as a musician has seen him perform with singers, big bands and orchestras. With his latest album, Near And Now – recorded for solo piano at...

Jane Monheit: Come What May