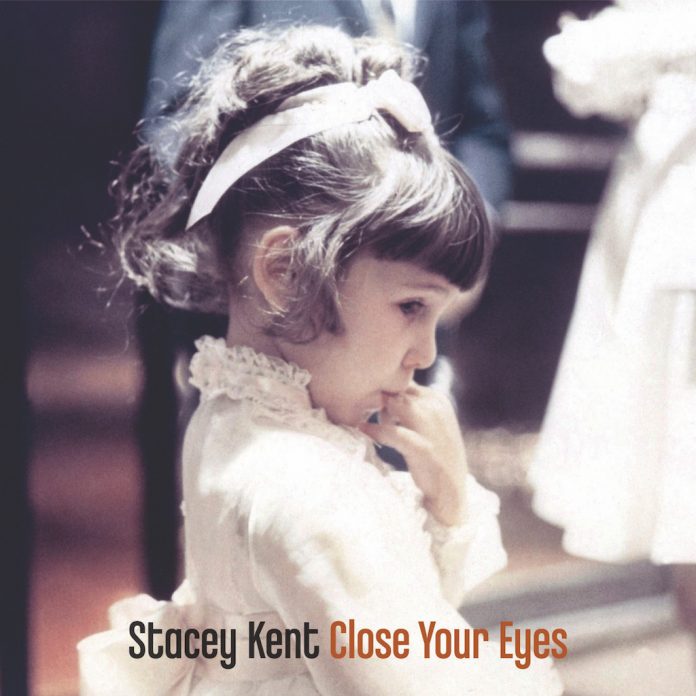 This record was first released by Candid in 1997 and represented Stacey Kent’s debut as leader. It had a considerable boost from a liner note written by Humphrey Lyttelton who said that her singing had held him riveted from the moment he first played a tape she had sent him. He went on to praise her singing and explain how it had so impressed him.

Humph’s enthusiasm is easy to understand once this double LP has been played through two or three times. The opening track More Than You Know finds the singer in upbeat mood, stretching the lyrics this way and that as the five-piece band cruise along behind her. David Newton in particular shines as accompanist and in solo and Colin Oxley gets a spot.

Dream Dancing has Stacey in buoyant mood again but it is the first ballad in this collection that really grabs the listener. Close Your Eyes demonstrates just how well Ms Kent can caress a good ballad as she gently teases the words and shapes them in her own, particular and very personal manner. Her distinctive voice enhances the performance and would make it difficult for anybody to fail to identify her in a blindfold test. The rhythm section play tastefully behind her and Jim Tomlinson’s tenor comes floating out after the piano in his best Lester Young via Stan Getz manner although it should be acknowledged that his lines, tone and phrasing still manage to convey an impression of originality.

Much the same thing happens in There’s No You, another stately standard which Stacey personalises with her pitch and diction and again shows what an ideal partnership she has with Tomlinson as his solo once more seems to flutter out of the ensemble and underline her vocal. Full marks too for Newton on piano, Andrew Cleyndert’s bass and Steve Brown at the drums. The support throughout is restrained and subtle but ideal to provide the best possible setting for this singer and her musical and life partner, Jim Tomlinson. I’m Old Fashioned dispenses with bass as Oxley’s guitar and Steve Brown’s drums provide a shuffling rhythm and You Go To My Head is sung soulfully with just Dave Newton’s piano as backing although, that said, his glittering, tasteful lines are a big contribution towards the success of this reading.

This might have been the first of many Stacey Kent albums but arguably none offered an improvement on this performance.

Derek Ansell - 28 October 2021
The start of Hilary Kole’s career as a jazz vocalist dates to 1998. As a very young vocalist she did the obligatory club sets of the time which consisted...