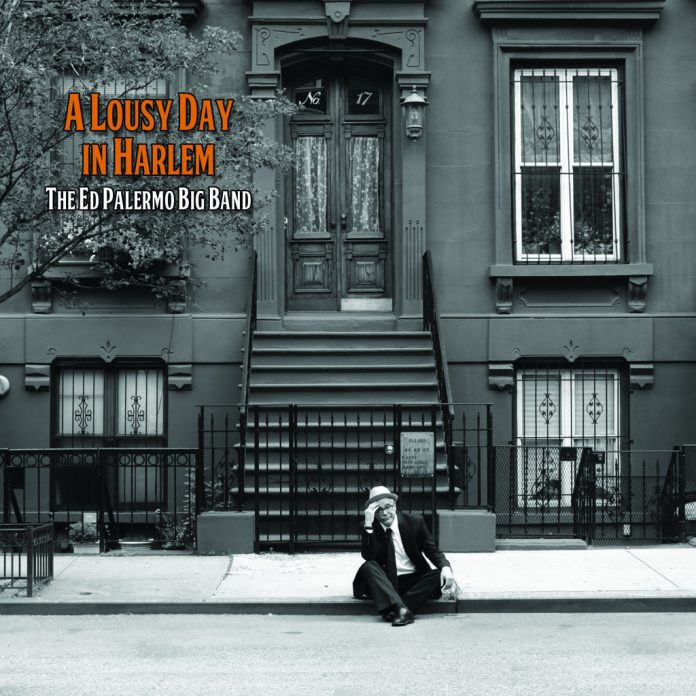 Possibly the worst thing Ed Palermo ever did, career-wise, was letting his name be associated quite so closely with that of Frank Zappa. The important words there are quite, so and closely, for his jazz-styled arrangements of rock’s arch satirist, and of that remarkable auteur Todd Rundgren, were always as fascinating as they were entertaining. But I have the sense that the mere mention of Zappa’s name is as divisive as that of Brexit and that the association has not always served him as well as he has served Zappa’s own often carelessly executed recordings.

Here is Palermo’s answer to the FZ line about jazz not being dead, just smelling funny: a beautiful, sweeping album of gracious originals and repertory pieces. His love of melody, and often very simple melody, was reflected in his affection for the British invasion bands and there is a lot of delightful songsmithery here, from the delightful opening tribute to trumpeter and jazz denmother Laurie Frink to the gorgeous closer This Won’t Take Long.

You can often judge the quality of a composer/arranger by the material (s)he picks. Who else would have thought of doing Duke’s Brasilliance (with Caravan interpolated) like this? Of back-to-back big band versions of Well, You Needn’t and Giant Steps, as if saying Yes, it really can be done? And what a coup to pick out Renee Rosnes’ and Walt Weiskopf’s Gargoyles, a strange, floating idea over a pedal point with no fixed tonality that once appeared on Billy “Mr Rosnes” Drummond’s The Gift. A great tune, superbly reimagined.

There isn’t a track here I don’t love. A Lousy Day is now officially my favourite Ed Palermo album, which makes it one of my favourite albums of recent years. Period. You might disagree, but my advice is: forget about Zappa and listen to this one without preconception. Big band jazz dead? It smells pretty good to me.