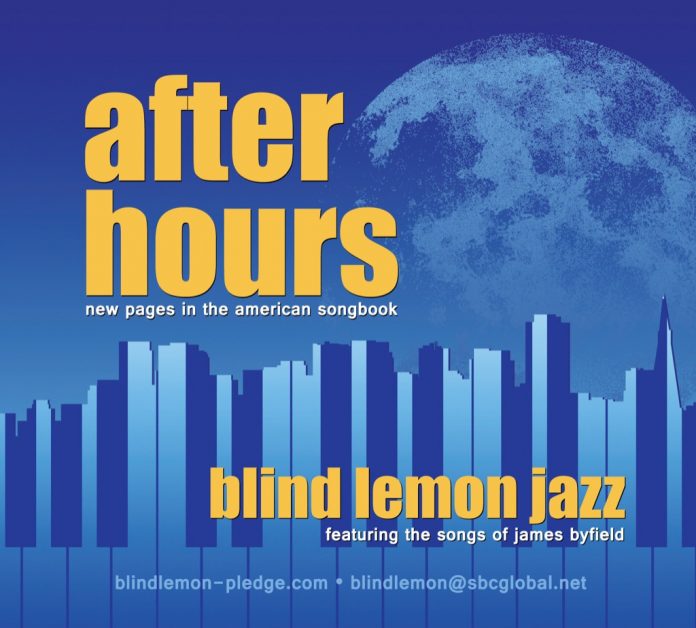 Blind Lemon Pledge is the stage name of American musician James Byfield, who has neatly combined a number of genres – blues, folk, the Great American Songbook – into a stage set and a number of albums such as Pledge Drive, Backwoods Glance and Evangeline.

This time he turns his attention to jazz with a series of new compositions that might have been heard at late-night sessions in Harlem in the late 1930s. Byfield refers to them as new pages in the American songbook – which is a bold claim indeed. If song titles were any indicator of authenticity, then these songs would already be classics – After Hours, If Beale Street Was A Woman, Buddy Bolden’s Song etc. But do they hold their own musically?

Clearly, it would have been somewhat oxymoronic to expect Byfield to write 13 new classics and that hasn’t happened. But what we do have is a good attempt to write and play music that oozes atmosphere.

Sophisticated lyrics, blues-drenched melodies, swinging rhythms and warm, bluesy vocals all contribute to a pleasing and enjoyable album. The musicianship is excellent and the attempt to recreate an authentic 1930s jazz sound brave and inventive.

My only slight reservation is the recording quality. Not that it is not good enough – but that it may actually be too good to recreate the sound of the 1930s. I felt like I needed to hear a few “clicks” and “pops” to transport me back to that late night session in Harlem.

Discography
After Hours; If Beal Street Was A Women; Rich People In Love; Bobby’s Blues; Livin’ My Life With The Blues; You Can’t Get There From Here; Moon Over Memphis; Ketchup Spaghetti; You Had Me At Goodbye; Buddy Bolden’s Song; Lights Out; Blue Heartbreak (47.32)
James Byfield/Blind Lemon Pledge (g,v); Marisa Malvinas (v); Ben Flint (kyb); Peter Grenell (b); Joe Kelner (d). No details supplied re recording date and venue.
OFEH Records

Simon Adams - 07 March 2019
Trumpeter Ralph Alessi’s first ECM quartet album, Baida (2013) was a beautiful but tentative affair, his second Quiver (2016) more assured. But both felt as if he was slightly...