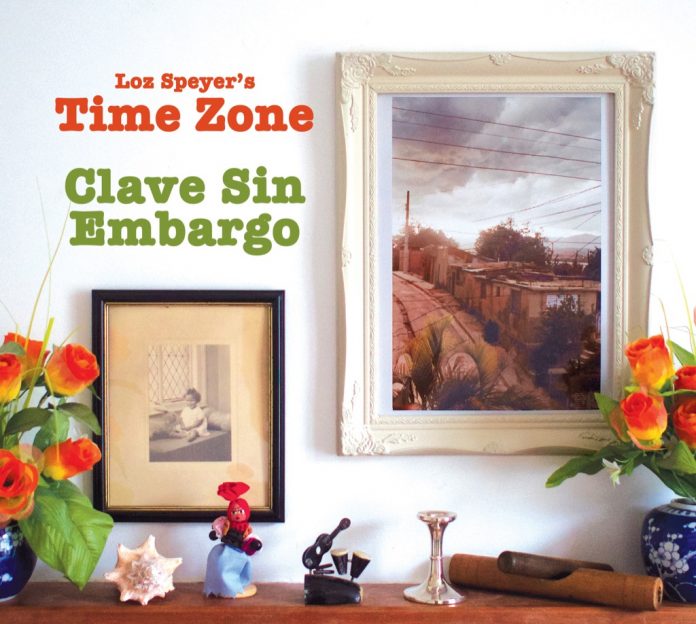 This is Time Zone’s third album and offers a vibrant, rhythmically exciting exploration of Cuban music and wider jazz influences. The inspiration, as with so many projects of this nature, came from Speyer spending over a year in Santiago de Cuba, studying Afro-Cuban music, working with Cuban musicians and starting his own Anglo-Cuban family. It is, therefore, a musical summary of how different influences and decisions come to shape who we are and how and where we live.

The Time Zone line-up here has been working together since 2012. You can tell they know each other and enjoy playing together – music this intricate, pulsing and quick-changing needs to be performed by people who know one another well.

Global instability and migration features a lot in the influences behind the music. Lost At Sea connects with people facing danger as they cross seas to find new lives, and is a nod to the migrant crisis in the Mediterranean and also the dangerous crossing people make when they attempt to move from Cuba to the US. Checkpoint Charlie is, as Speyer explains in the liner notes, a cheerful song about a hole in a wall, in this case the Berlin Wall.

Throughout this thoughtful, intelligently made music, the importance of movement and conflict is reflected in the different time signatures and the way that different rhythms are used to bring out conflict and resolution in the music.

Often, exploring such wide themes – rather than boy meets girl, boy falls in love with girl, girl breaks boy’s heart – can give music a vague and sometimes pretentious feel. Not a bit of it here. Speyer’s music engages and makes you think – its global themes of movement, difference and change have never been more relevant.