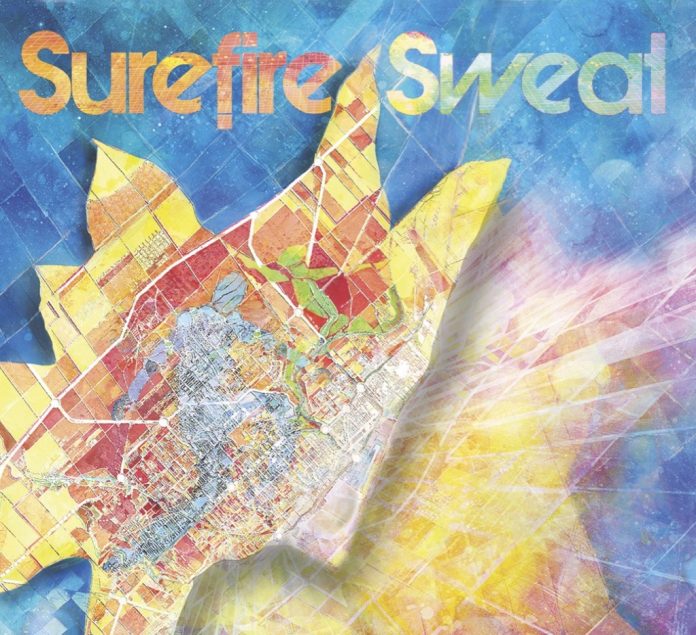 They say on their website “Despite being dominantly instrumental in nature, each of the group’s unique pieces is propelled by a narrative: colourful journeys that emote real time metaphors of the human condition”. Surefire Sweat also includes vocal passages which add to the overall ambience. The arrangements are tailored towards giving a platform for musicians to share their improvisational thoughts and abilities.

The band describe their collection of compositions as influenced by others. For example, Scoffle Strut is centred towards the funky and driven style of guitarist John Scofield. Number Nine, the penultimate track, is a concept based on the Nigerian rhythms of Tony Allen.

A Tale of Two Times features the project’s only composition where vocal lines are included and these provide another warming texture. This piece was composed in the back of a tour van; one could say that the tenor saxophone takes us on a journey through a spell of musical brilliance. Kapeleris’s avant-garde style sound on tenor saxophone is a great addition to the piece’s vibe.

Surefire Sweat characterise themselves as an ensemble that “forges ahead with an old-school music-making approach” in an “age of electronic dance music and digital wizardry”. An album that provides toe-tapping rhythms and powerful melodic lines delivered by a strong horn section, Surefire Sweat is a worthy addition to the world of world beats.

Steve Voce - 05 August 2021
He does play beautifully, but it's pushing it a bit to give Miles shared credit with Michel, since he's only on four of the 22 numbers. However, as we Miles...