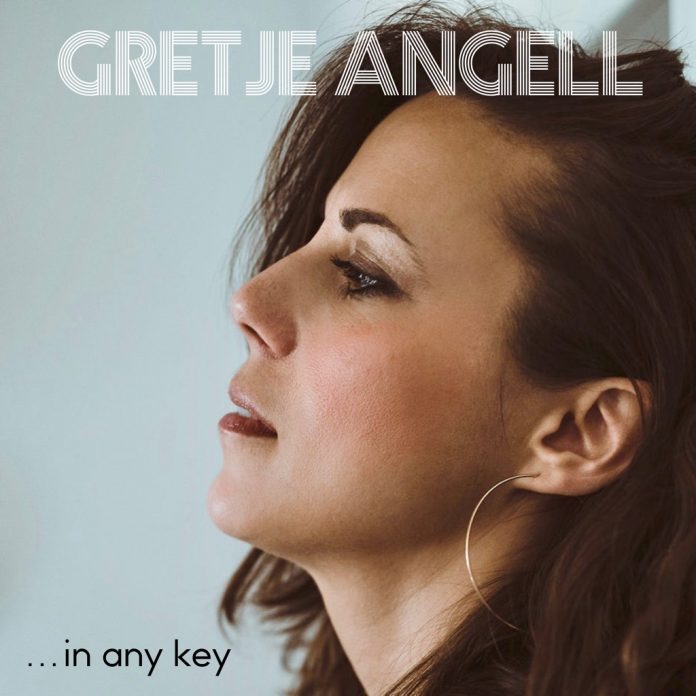 This delightful CD is an impressive debut for the immensely talented Gretje Angell. As a youngster she took up the bass to play with her father who was a professional drummer. She studied classical music in college and after moving from her home in Akron, Ohio she became an important part of the local jazz scene in Los Angeles.

She has sung with the Ladd McIntosh Swing Orchestra and Glen Garrett’s Big Band and she has been active as a soprano with the Los Angeles Metropolitan Opera Company. She is clearly a consummate musician, as she demonstrates on this sophisticated set of bossa novas, ballads and straightahead swingers.

She rises to the challenge of performing with just guitarist Dori Amarilio for company on One Note Samba, Tea For Two and Them There Eyes. The latter, taken at a blistering tempo of 70 bars to the minute, features an inventive scat chorus worthy of Anita O’Day – an acknowledged influence.

Amarilio, whose ability to play any song in any key is celebrated in the title of this CD deserves special mention for his sensitive work throughout.

Elsewhere Love Is Here To Stay (including the rarely heard verse) is given fresh life as a bossa nova, Fever becomes a sensuous cha-cha and Baden Powell’s Berimbau, which has been recorded by Astrud Gilberto and Sergio Mendes among others, is sung in what sounds to my tin ears like faultless Portuguese. Yet another highlight is her tender reading of Jimmy Van Heusen’s lovely Deep In A Dream.

Mark Youll - 06 August 2020
Vibrasonic is the third release from what is essentially a vibes and guitar duo (Dirk Richter and Randell Crissman respectively) backed by some of the...