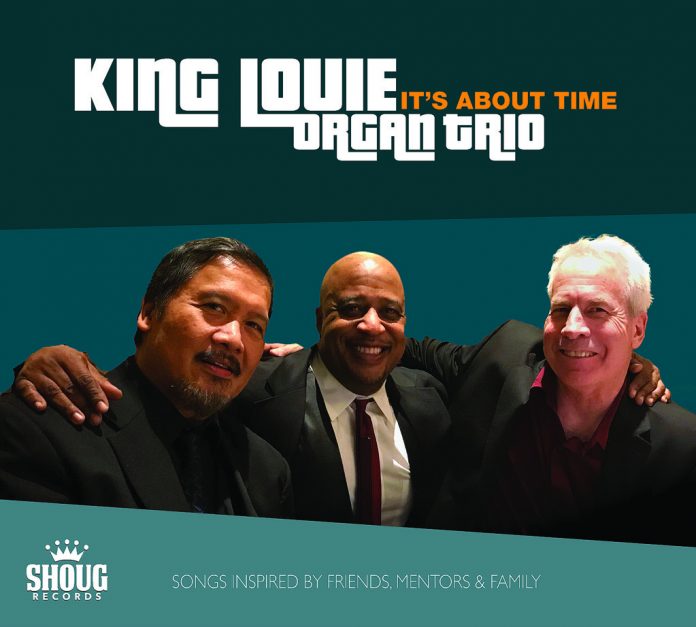 Organ jazz has experienced its share of ups and downs. The crack epidemic and introduction of the synthesizer nearly killed it in the 70s, ruining the receptive breeding grounds of the predominantly black neighbourhoods in the USA. The meteoric rise of Joey DeFrancesco and the mercenary work of the acid-jazz movement in the UK in the early 90s, which was based largely on organ-driven cuts from the classic soul jazz era, resulted in the resurgence of organ jazz that by and large exists to this day. Veteran Hammond B3-players came out of hiding and a variety of young stylists built a solid career, usually inspired by either the progressive style of Larry Young or the greasy bop, blues and funk of pioneer Jimmy Smith and similar swingers like Jimmy McGriff, John Patton and Lonnie Smith. Most players opt for the blues-drenched groove.

Organist Louis Pain placed himself firmly in the groove tradition. Pain’s career took off on the West Coast in the 70s. Nicknamed “Portland’s Boss of the B3”, he has been performing steadily in the Oregon region for decades. The debut offering of his King Louie Organ Trio, It’s About Time, presents the kind of uplifting funk and blues-oriented music that, in the words of the late Dr. John, “will cure all ‘a-ya ills”, whether they have arrived in the guise of the stereotypical flat tire, marital row or the grind of paying them bills. It is music tailor-made for the dingy, smoky joint of lore, where folks let their hair down after a tough day at the job.

Pain’s soothing groove is embedded in a detailed patchwork of sound, each drawbar setting of the Hammond B3 organ an appropriate choice for the musical situation. Purring bass lines connect with the meaty backbeats of drummer Edwin Coleman III, which provide the foundation of the album’s party tunes like Teener, Frances J. and Chester McGriff. The trio, also consisting of tenor saxophonist Renato Caranto and augmented by guitarist Bruce Conte, feels comfortable as well in the context of straightforward blues and slick soul such as Bry-Yen/I Believe In You, which wouldn’t have been out of place as the backing track to Donny Hathaway’s vocals. The opposite of slickness, Two Leons In New Orleans is the trio’s essential exercise in gritty, unadorned hard funk rhythm.

Whether the repertory is funk, blues or soul-oriented, tenor saxophonist Renato Caranto brings the heat that is essential to successful soul jazz. Direct heir to King Curtis and Rusty Bryant, Caranto is the rabbit in the hat, a flexible player with unperturbed tranquility in his playing and a fair number of screams and honks. The altered line-up of guitarist Dan Faehnle and drummer Mel Brown takes charge of the remaining five tracks of the album. This quartet presents more of the same, though Faehnle’s balanced and fiery playing stands out. It’s About Time is a solid and entertaining disc of organ jazz.

To purchase this CD and/or for more information about the King Louie Organ Trio, please click here

Derek Ansell - 14 July 2020
Scott’s five-piece combo consists of musicians that have known each other and played together for 20 years or, in some cases more. Scott and bassist Herbert have been playing...