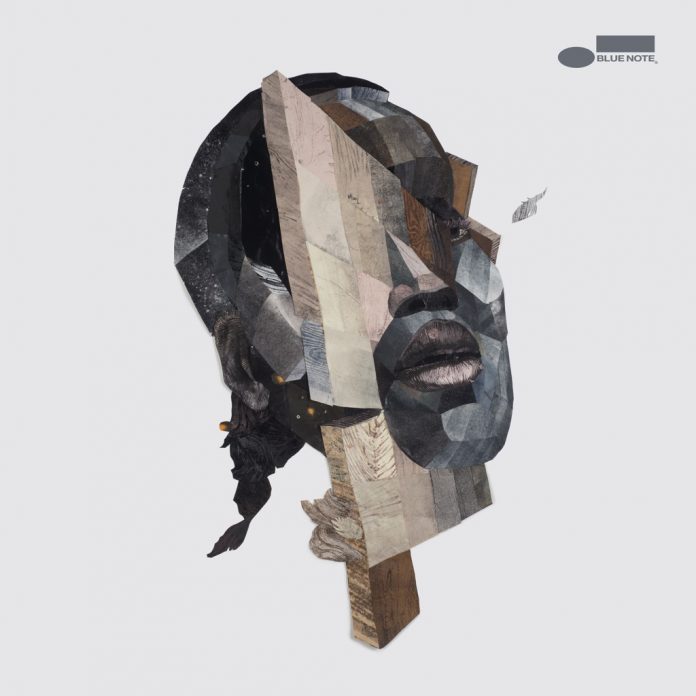 This is the fourth album from Kendrick Scott’s quintet, once more confirming Scott, of Terence Blanchard and Blue Note All-Stars fame, at the age of 39 as one of the finest and most refined drummers of his generation, as well as a culturally switched-on composer of substance and originality.

A Wall Becomes A Bridge, produced by Derrick Hodge, is a personal statement of Scott’s purpose, to become an instrument of peace, or as the title suggests, to bridge divides through his music. In its pursuit, he sees his own creative journey, “stagnated” by his internal walls of fear and insecurity, as a parallel with a wider collective social consciousness. His music addresses the paradox of “how we are more connected than ever, but also more separated”, and the opportunities that awareness gives us for “transformation and optimism”. Thus, the music covers black history, racism, black music and modern socio-politics by recalling the past, but pushing forwards into a possible future. Each tune explores a different allegorical theme for the listener to reflect upon, such as innocence (in Archangel) or fear and insecurity (Voices).

Moreno’s playing here is a delight, expressive and fluid in tone. He is a virtuoso without being overly flashy, such as his masterful solo on Don Blue, and the Brazilian-inflected Archangel. Scott met the guitarist, aged 14, when both were studying at Houston’s now celebrated High School for the Performing and Visual Arts, the incubator for such talents as Jason Moran, Robert Glasper and Eric Harland. Moreno has always been an inspiration to Scott, who in 2013 formed the band around the guitarist.

The inspired addition of Jahi Sundance on turntables, whose credits include tour-DJ duties for Glasper, Mos Def and Meshell Ndegeocello, is in no way a musically gratuitous gesture. Both interlude tracks, New Eyes the meditative opener to the set, and BeLoved, show Sundance immerse his own craft into the musicianship around him. This music would sound incomplete without his interventions.

John Ellis’s impressive work on saxophones, bass clarinet and alto flute complements the sonic landscape perfectly. His sound is by turns lyrical and urgent. Scott’s dynamic drumming drives on the band, remarkable in range, power fused with a delicacy of touch and feel. These musicians have harnessed individual talent into developing a distinctive and innovative collective voice.

Mark Gilbert - 23 April 2021
The Re: comes, presumably, from the Bill Evans tune Re: Person I Knew, which is the first track in the second album from this Anglo-Nordic trio. Indeed, it seems...