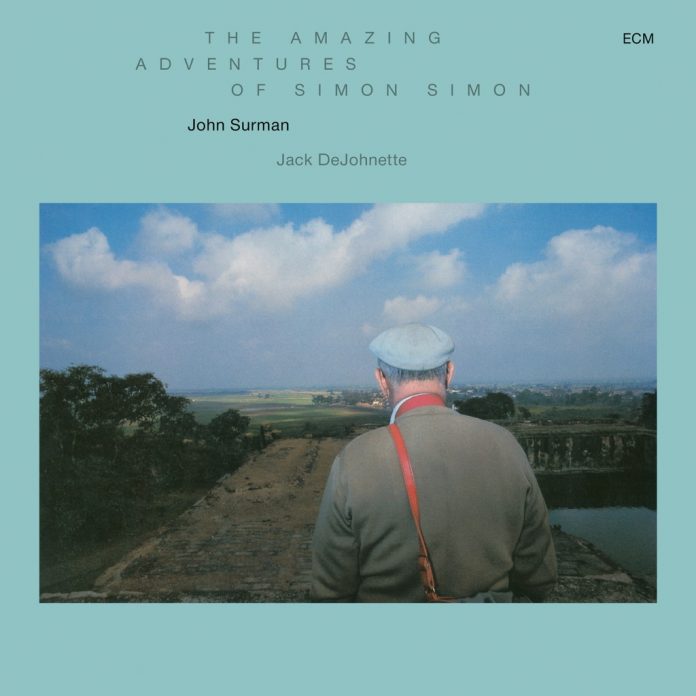 Reissued as one of 50 landmark recordings to mark ECM’s half century, this extraordinary 1981 set has long been a favourite of mine. Surman and DeJohnette’s special if sporadic musical relationship began with some stellar improv sessions in London in 1968, and while they’ve recorded together several times over the years this was the first of an occasional series of duo recordings for ECM which also includes Invisible Nature (2002) and the brass-augmented Free And Equal (2003).

Neither of those later discs quite match the urgency of this set, and the music here simultaneously harks back to the turbulent ferment of the 70s while anticipating the more lyrical and folk-inflected European chamber style for which ECM is now best known.

Told with a palpable storyteller’s narrative, eight pithy originals and a striking arrangement of a traditional English folk tune (Kentish Hunting) invite the listener on a journey through an imaginary landscape. Announcing its presence slowly, Nestor’s Saga finds Surman’s lyrical bass clarinet orbiting a sparsely minimalist electronic sequence for almost eight minutes before he switches to soprano and DeJohnette’s spiky percussion pierces the slumber. The jousting carries on in The Buccaneers, a gyrating instant composition which runs the gamut of raw emotion.

The distinctly English medievalism of the aforementioned Kentish Hunting has become something of a recurring trope in Surman’s oeuvre, and along with playful conga and bass-clarinet banter of The Pilgrim’s Way it provides a moment of levity before we enter the dark and slightly mystical realms of Neptune’s Hall. Surman’s rubato soprano rides a heavy DeJohnette pulse on Phoenix And The Flame, climaxing with a spectacular crescendo of circular breathing. Fide Et Amore has the earnest gravity of a classic ballad, and the tonal contrasts between Surman’s baritone and DeJohnette’s dusky electric piano are simply exquisite. Merry Pranks by contrast provides another mischievous interlude, but as the airily contemplative A Fitting Epitaph brings our journey to a sombre close it is hard not to feel a little sadness.

Capturing both an artist and label amid the mild throes of transition, The Amazing Adventures Of Simon Simon is a keystone in Surman’s rich discography and an essential addition to any serious library of contemporary jazz.

Sara Colman: Ink On A Pin – A Celebration Of Joni...