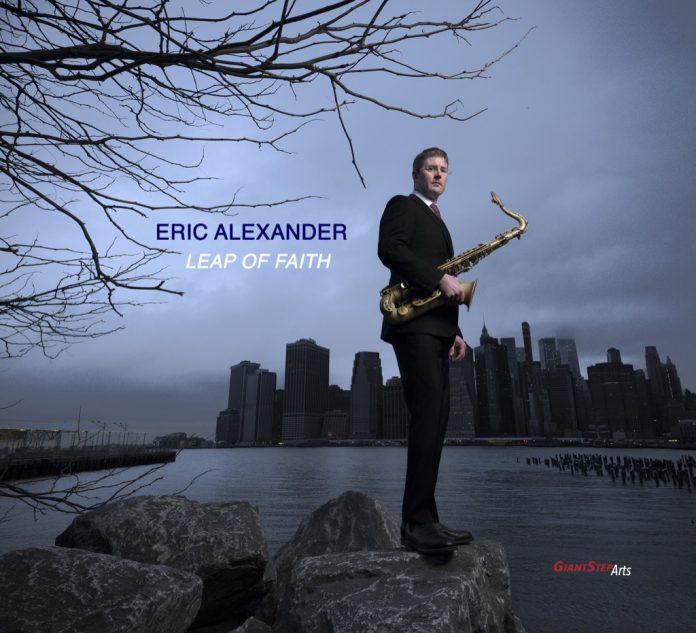 Alexander was persuaded to take on this pianoless trio session by jazz producer Jimmy Katz some years ago but only got around to doing it last August at the Jazz Gallery.

A live session in a well-known New York club with backing from just bass and drums is a brave undertaking for a saxophonist. Only Sonny Rollins and Joe Henderson have been fully successful in such a venture in the past so it was a major gamble for Alexander. He was wise, or fortunate to have a bass and drum team like Weiss and Blake who are able to fashion first-class support throughout as well as adding to the solo strength of the operation.

Alexander’s sound is hard, lyrical and very much in the post-Coltrane mainstream. Second Impression does not vary much from the live Coltrane recordings of Impressions, the tenor man’s sound hard and convoluted working through 13½ minutes of blues variations. He is inventive throughout and no doubt stimulated by the constant thrust of Blake’s drums and the big, ripe bass line from Weiss. It does however, leave me with the thought that little has changed in mainstream modern jazz since Coltrane’s final recordings in 1967.

These tracks are long for the most part with a few drum and bass solos, the main spotlight on the tenor man for 56 minutes. One curiosity is that a piano is heard on Corazon Perdido. Ghost pianist or just a failure to list the musician? Mars is an 11-minute workout for tenor with thrusting counterpoint from drums and the bassist offering counter lines on the introduction and a good choice of notes in the section. Hard Blues is exactly that, a 12-bar with harsh, brittle tenor, walking bass and splashing cymbals suggesting a slightly more intense Coltrane Plays The Blues.

This live programme offers inventive improvising on original themes although it owes a lot to Coltrane and the live sessions of the past. Most original is Magyar, a two-minute variation on themes by Bartok, played as a duet for tenor sax and arco bass.

Shez Raja: Tales From The Punjab

Roger Farbey - 22 May 2021
British born bass-guitar virtuoso Shez Raja journeyed to the Punjab early in 2020 to discover his roots. While in Lahore he had the opportunity to team up with some...