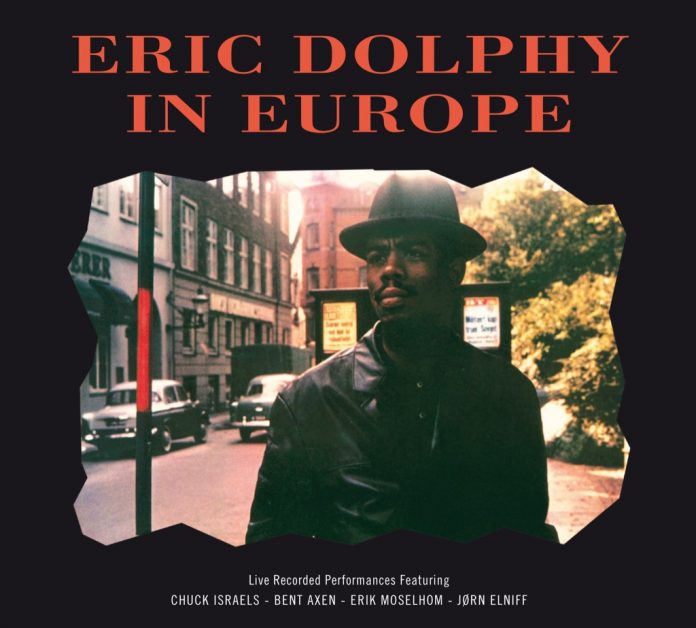 Dolphy was offered these 1961 dates as a soloist accompanied by local musicians. Back home, any plan to build on the collaboration he’d begun with Booker Little would be dashed by the 23-year-old trumpeter’s death later the same year. Plans to feature a Dolphy quintet in Germany in August 1961 with expat US trumpeter Benny Bailey fell through.

It’s no reflection on Dolphy’s Danish backing musicians to say that they must have dined out on some extraordinary stories of fame by association. He leads the chase, dispensing with them altogether for a bass clarinet solo on God Bless The Child of such stupendous assurance that it deserves to be a classic. They also down instruments for bassist Chuck Israels, who was in the audience at the Studentenforeningens Foredragssal, to step up, presumably at Dolphy’s suggestion, for a flute and bass duo on Hi-Fly.

The accompanists play like dog walkers whose temporary charge has decided to bolt through the meadow. This is almost comically true of The Way You Look Tonight and Oleo, where they sound hurried and harried, as though keeping up might at least give them an inkling – or not – of what the hell’s happening. What’s happening is star-bursting creativity from one of the sharpest minds in modern jazz, to a conventional back beat that sounds inadequate.

Laura, one of four tracks added to the original LP listing, begins with a long alto sax intro wreathed in rococo flourishes that with the Billie Holiday number might have made a pair had not the trio been given a look in. At ballad tempo, Dolphy’s ornaments were equally jewelled.

Brian Morton - 10 August 2020
Elsewhere in these pages, you might find the assertion that Martin Archer is a very good thing, or words to that effect. He’s involved here,...