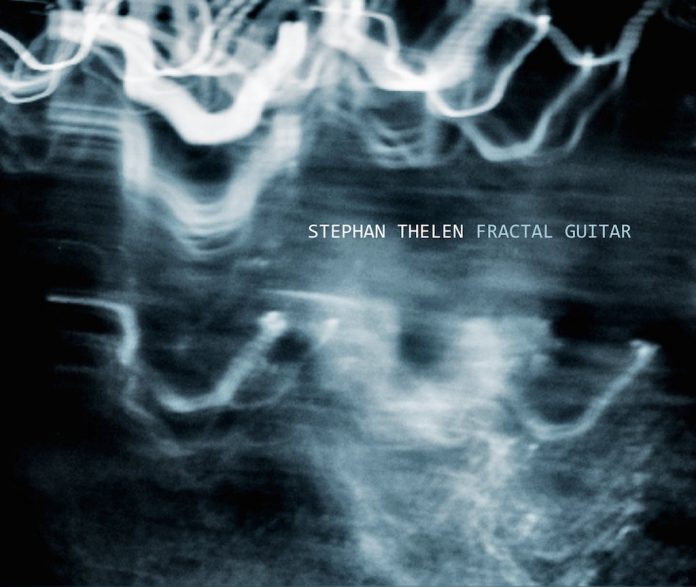 Thelen’s notion of “fractal guitar” essentially involves a rhythmic delay with a very high feedback level creating cascading delay patterns in odd time signatures such as 3/8, 5/8 or 7/8. For this album he has assembled an impressive line-up of fellow guitarists and employs three or four axe wielders on all the five tracks.

The pulsing opening to Briefing For A Descent Into Hell vaguely resembles the start to Pink Floyd’s Set The Controls For The Heart Of The Sun, but soon departs from that trajectory. After what is essentially an introductory passage of around eight minutes of ambient trippy synthesizers, we arrive at the meat of the sandwich, with coruscating guitar briefly followed by Fripp-esque bell-like single-note guitar underpinned by drums and bass before a resumption of distorted guitar soloing. In common with most of the five tracks, there are four guitarists playing but it’s difficult to differentiate exactly who is playing what and on this number David Torn, who co-wrote the tune with Thelen, guests. Incidentally, the title of the piece is taken from Doris Lessing’s book.

Road Movie is more defined in its direction from the start, with an insistent ostinato bass riff and a plethora of overlaid guitars vying for attention, including a contribution from guest Henry Kaiser. The title track features limpid guitar and additional looped guitar whereas Urban Nightscape is a slight departure from the approach of the above tracks, with clear and distinct guitar (stylistically similar to the opening of Fracture from King Crimson’s Starless And Bible Black) played on right and left channels upon which the bass, drums merge, closely followed by a cascade of stinging attack guitar lines before, running its course of nearly 20 minutes, descends into a techno-looped, doom-laden fade-out.

Robert Fripp’s and his eponymous Frippertronics must surely be regarded as one of the cardinal influences in Thelen’s (and a host of others) modus operandi. On one level it’s a shame that the three or four guitarists participating on each of the five tracks aren’t readily identifiable. To the uninitiated it is not necessarily clear what a U8 touch guitar, as used by Markus Reuter, sounds like (basically it is specifically designed to facilitate a fretboard tapping style). Nor are “cloud”, “triton” or “blue sky” guitars self-explanatory.

On the most critical aspect however, i.e., the appreciation of the music itself, Thelen has produced an album of high quality, guitar-infused soundscaping. Thus the individual components of Fractal Guitar are actually more than equal to the sum of this intriguing and often compelling recording.

Steve Voce - 05 August 2021
He does play beautifully, but it's pushing it a bit to give Miles shared credit with Michel, since he's only on four of the 22 numbers. However, as we Miles...